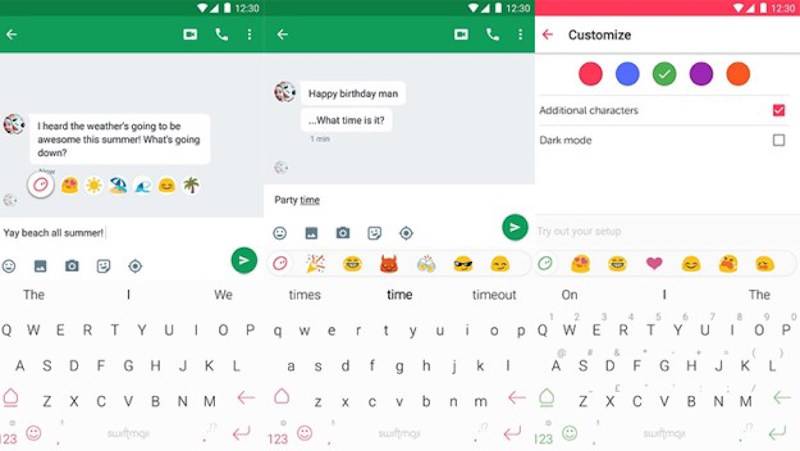 If you’re the type of person who will probably lose in a battle of the emojis because you’re too lazy to scroll through all the available ones out there, then you probably need an emoji predictive virtual keyboard. SwiftKey has realized that not all are naturally born emoji typers and so they are beta testing a new product called Swiftmoji, which is really an emoji keyboard app where you can type both words and the appropriate emoji that can accompany them.

If you join the beta testing program for Swiftmoji and you finally download the app, you’ll see that it’s a normal QWERTY virtual keyboard at first. But what differentiates it from the regular SwiftKey app is that there is a topline of emoji, depending on the words you are typing. It will show you the six emojis that you will probably want to use, just like the auto-predict functions that most virtual keyboards have.

Emojis, along with GIFs, have become a whole new way of communicating for the digital age, particularly in light of Snapchat, Messenger, and all other messaging apps out there. But for those that don’t have the natural inclination for it but would like to still join the conversation, then this is a great way to do so.

You can join the Swiftmoji – Emoji Keyboard testing program so you can download the app and test it out. This will probably eventually see the light of day in one form or another since SwiftKey has a solid beta program that eventually integrates features into its main keyboard.