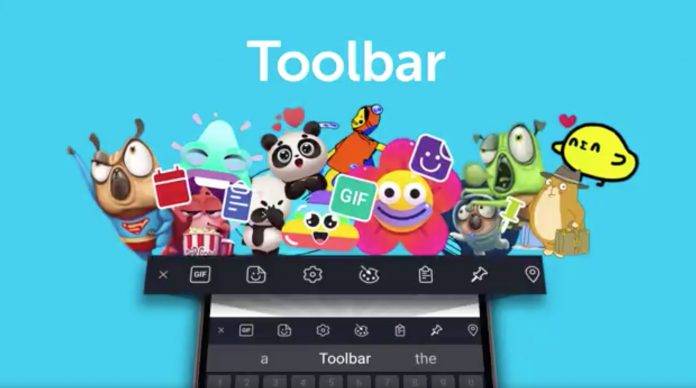 SwiftKey users on Android devices will have something to look forward to (if it isn’t already there). Version 7.0 of the virtual keyboard signals a major update and it comes with several new features to make typing both easier and more fun. You will get a new Toolbar which gives you access to all your favorite things about the app. You also get to make your own stickers right from the keyboard itself. And of course, an update means more new languages from around the world.

The Toolbar is probably the biggest thing you’ll get from this update. When you’re on your virtual keyboard, tap the + sign on the upper left corner and it will bring out the toolbar. You’ll see icons to access GIFs, stickers, settings, collections (where you can save your favorites), location, calendar, clipboard, themes, incognito mode, etc. Basically everything you will need from SwiftKey is there at a more accessible place.

You will also now be able to create your own stickers by using photos from your camera roll then adding text or whatever design you want. And you don’t even need to leave the app you’re currently in since you can do all that from SwiftKey. They have also added new languages to support, namely Ayizo, Aymara, Bariba, Bavarian, Bicolano Central, Ilocano, Kapampangan, Kirundi, Latin, Lombard, Mam, Miskito, Nahuatl, Pangasinan, Tongan, Tulu, Upper Sorbian, and Yucatec Maya.

The SwiftKey version 7.0 is rolling out to users already but since it’s gradual, you might not get it immediately. You can check on its Google Play page if it’s available for you already.