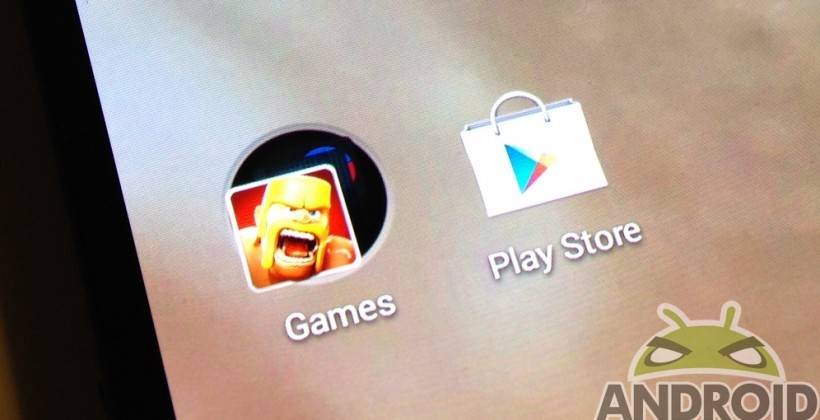 Do you play games on your tablet or smartphone? If you do (and we’re willing to bet you do), a new study shows you’re probably not spending anything. If you are making in-app purchases or buying apps, you’re likely doing it quite a bit, as less than 1% of us comprise 50% of total spending.

Swrve, an analytics and app marketing firm, recently conducted a survey. In that study they found that a small percentage of us were responsible for the majority of spending, and we probably make a monthly purchase of some kind. Around 49% of us make a purchase monthly, while 13% make five or more purchases each month.

When it comes to making those purchases, we’re as addicted to spending as we are the game. The average time between the first and second purchase is just under two hours. Over half (53%) of us will make another buy within two weeks, while 13.7% rack up more than four purchases in their first two weeks. So how much are we spending? the average in-app purchase is $5.94. Purchases between $1-5 make up about 67% of spending, but purchases of $50 or more make up just under 1%. That helps bring the average up and revenue flowing; 9% of all revenue is from those massive purchases.

Swrve is going to make these “Mobile Game Monetization Reports” avaialble monthly from now on. This was their first, and it brings to light some interesting statistics about our spending habits. We’l look forward to finding out how 1% of us are going broke playing Clash of Clans over the course of 2014. 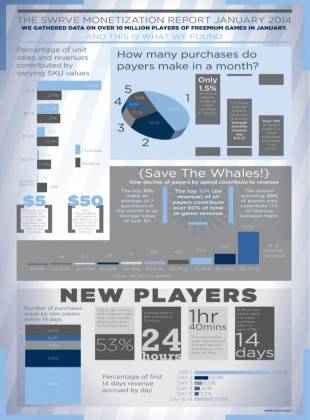