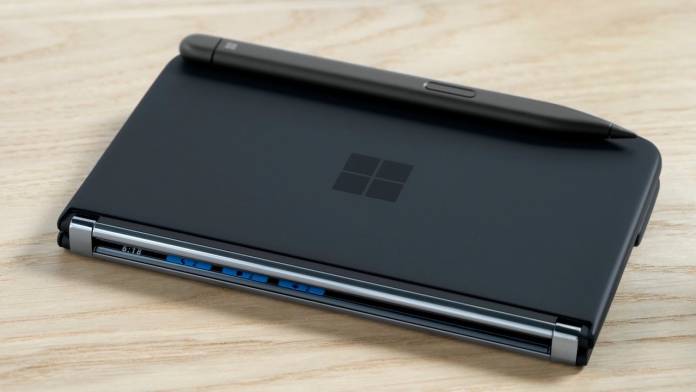 The Surface Duo 2 is now ready. Microsoft has officially unveiled the new hybrid phone-tablet. We are expecting this is better than the original Surface Duo in many ways. The specs and design have been improved. It is also more affordable now. Of course, we have yet to see real-life reviews and hands-on analysis but we see the potential of this new product from Microsoft. It will also offer support for stylus. Specifically, the the Slim Pen 2 will work on the Surface Duo 2 Pen. It will come in a Surface Duo 2 Pen Cover that can charge the stylus.

The new Surface Pen (Slim Pen 2) will be available on October 21. It will be sold for $64.99. The Surface Duo 2 Pen Cover is now listed on the Microsoft Store but with a note that says ‘Coming soon’. Choose between Glacier White or Obsidian Black version.

How is the new version better than the previous model? As described, it is more fingerprint-resistant. It is easier to handle and stick firmly to the cover.