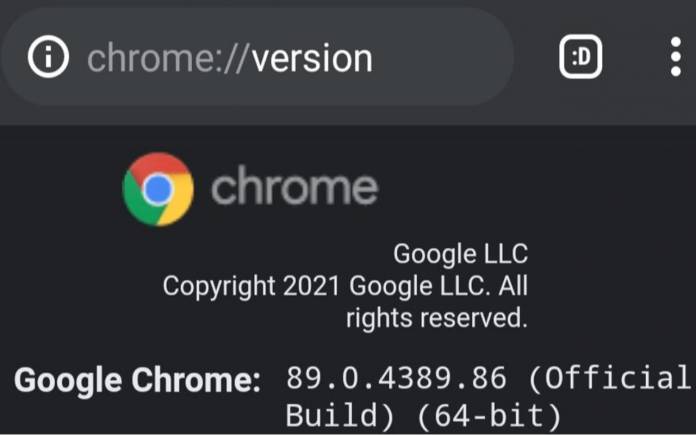 Chrome 89 is here, and as initially thought, the operating system version runs the 64- bit version bringing significant improvement in memory usage and speed. While some months earlier it was thought the update will arrive for all Android devices running Android 10 or higher, things are a bit tricky for your device to be eligible. For starters, the minimum requirement is Android 10 or higher version, and the RAM should be 8GB at least.

So, if your device is running the Android 10 or higher OS version, but has 6GB of RAM, you’re out of luck. This filters out most of the mid-tier smartphones from the eligibility criteria, meaning they won’t get to experience the vastly improved memory usage by the Chrome app.

Along with the improved power consumption of the app, the 64-bit version also has a better security and feature support that 32-bit can’t handle. All-in-all the Chrome 89 64-bit version brings a superior experience of browsing with up to 8.5% faster page loading speed and 28% better scrolling speed and input latency.

To check if you have already got the Chrome 89, 64-bit version installed on your device, simply head to the chrome browser and type in ‘chrome://version’ in the address bar. This displays the installed version of the Chrome OS and will show 89.0.4389.86 (Official Build) (64-bit) as the latest version.

If you are a bit skeptical about your phone’s hardware configuration or not sure about the installed Android OS version, simply head to the Settings, System, then Developer options – here you’ll find all the details. If the Developer’s option is not unlocked then you need to head to About Phone in Settings and tap the Build Number seven times to activate the option.