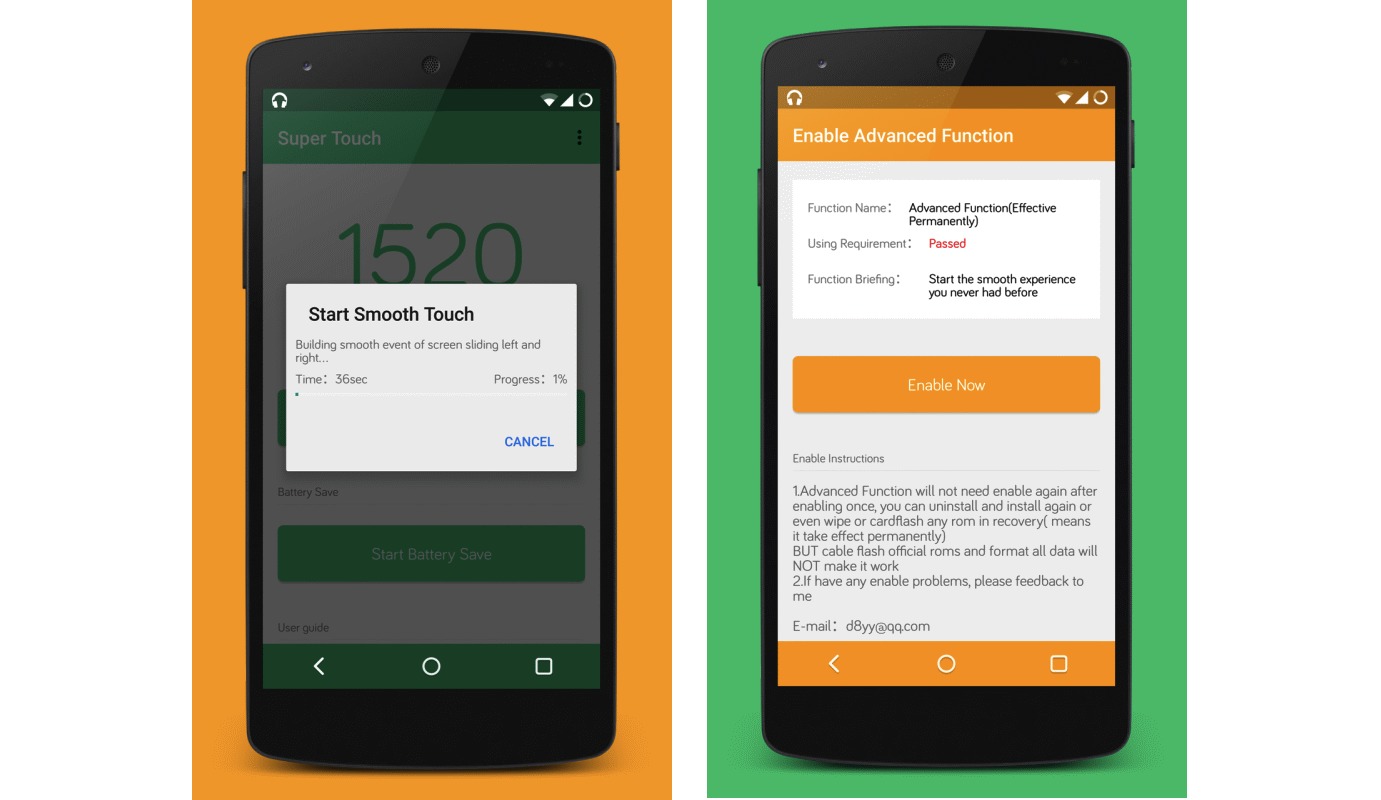 Thank heavens for apps and tools like Super Touch. When a device maker fails to improve a hardware with a simple update, installing an app will enhance the performance of at least one component or feature. When it comes to touchscreen goodness, the Super Touch app for Android is one tool that will make sliding on the screen smoother and faster. If you’re device is suffering from slow drag, Super Touch might just solve the problem.

Super Touch is expected to improve the following actions: zooming, dragging, sliding, list rolling, typing, and even switching columns. App includes a power-saving optimization function so your phone will have an extended battery life.

The Super Touch developed by Lucky Super Man makes screen sliding respond more smoothly. Previous delays sliding on screen will no longer be experienced. Zooming those smaller images or web pages is also made smoother. Everything is just quick and smooth from lists rolling to sliding to all directions.

Of course, a smoother touch and sliding will also mean more accurate typing, speedier launching of apps, and an obviously enhanced controlling and gameplay experiences. With Super Smooth, you can now say your smartphone is slick and smooth. App is also a practical solution because of the power-saving optimization feature for a better smartphone performance all the time.