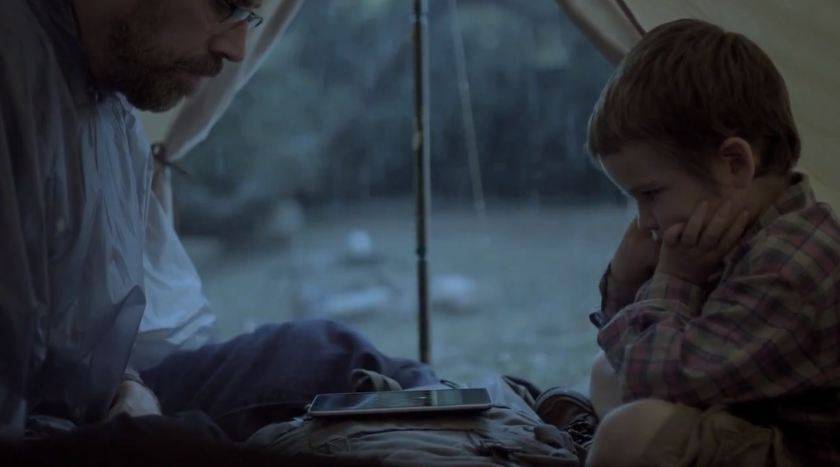 Here’s an interesting study that sure to stoke the flames of this Android vs. iOS war: analytics company Ace Metrix has determined that Google’s first Nexus 7 television spot has been more warmly-received than Apple’s Genius ad campaign. For those who haven’t checked them out yet, Google’s Nexus 7 ad centers around a father and son as they use the 7-inch tablet on a camping trip, while Apple’s campaign focuses on an Apple Genius as he helps ordinary consumers realize just how great Macs are. Both have been getting a lot of airtime because of the Olympics, so there’s a good chance you’ve already caught a glimpse of them.

Ace Metrix says that of the three Apple Genius ads that have been released so far, only one has managed to land in the top 50% of the company’s effectiveness scale. Google’s Nexus 7 ad, on the hand, landed in the upper-half with room to spare, scoring 662 out of a possible 950 points (meaning the halfway point on Ace Metrix’s scale would be 425). It would seem that Google had no problem wooing consumers with its camping ad, while Apple’s Genius comes up a little short when it comes to getting people interested.

There are a few reasons for this. Ace Metrix points out that the Nexus 7 ad features actual product demonstration, but there isn’t much in the way of demonstration in Apple’s ads. Instead, we’re treated to banter that’s intended to show us how easy owning a Mac makes things. In reality, the Apple Genius just comes off as annoying and the consumers he’s helping seem a little too dumb, whereas the camping trip between dad and son is actually a bit heartwarming.

So, at least as far as advertising choices go, Google has Apple beat. It’ll be interesting to see if either company takes this study into account, because if they do, it may not be long before Apple begin to shift away from the Genius campaign. In the meantime, it appears that Google only needs to keep going in this same direction if it wants to back the Nexus 7 with an engaging advertising campaign. We’ve embedded both the Nexus 7 camping ad and one of the Apple Genius ads above, so you can make the call as to which is better.