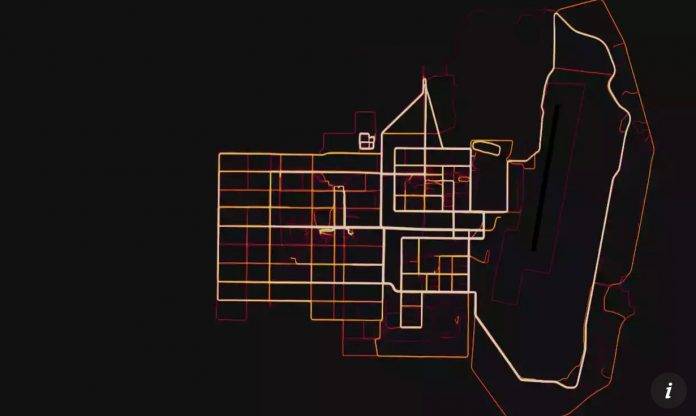 With the advent of apps and services that required location sharing, issues on privacy and inadvertently revealing sensitive information have come out. It’s not a new problem and there’s no clear and cut solution for companies and organizations that may be uncomfortable or downright against information like this. Now it looks like the fitness tracking app Strava may have actually revealed a bit more information about US military bases, or rather, about their personnel that are using the app and working or living in the bases.

The map that was released last November 2017 looks pretty comprehensive, as it shows all the activity tracking that has been uploaded to Strava through the users that used the app for when they were running in their respective areas. The map showed more than 3 trillion individual GPS data points, as the app can be used with smartphones and fitness trackers. However, an analyst for the Institute for United Conflict Analysts said that if you look closely at the heatmap, US bases can actually be identified and can even be mappable.

While it doesn’t exactly reveal the military bases on the heatmap, it reveals the movement of personnel in those areas and in the long run, this may pose as a security threat for those who are “spying” on said bases and looking for opportunities to create havoc in such an area. Strava says that their map “represents an aggregated and anonymized view of over a billion activities uploaded to our platform” but excludes data that have been marked as private as well as user-identified private zones.

There’s no response yet from the US military, but they have been wary for some time about personnel using location tracking apps and services. They have already prohibited service members from bringing personal electronic devices in some security sensitive areas. Let’s see if further action will result from this information.