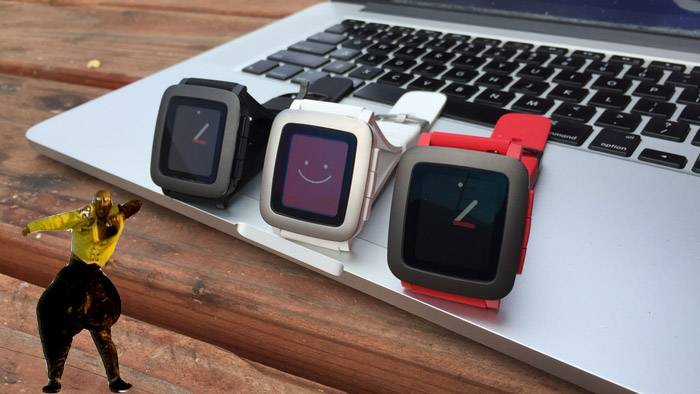 The original Pebble smartwatch was the first smartwatch to be particularly successful on Kickstarter and commercially. After the Pebble landed on the scene, there were hoards of other smartwatches that launched and sold decently. Fans of the Pebble watch looking for the next big thing from the company will already know about the Pebble Time smartwatch.

About 70,000 people backed the Pebble Time project and those backers are set to begin getting their smartwatches with the shipping process kicking off on May 27. Odds are most backers won’t see their watches sitting on doorsteps that day, with so many backers it will take a while to get all units shipped.

The Pebble Time smart watch uses a color e-ink display. Like the original smartwatch, it’s one of the few that will work equally as well with Android or iOS smartphones. The original Pebble was one of the only iOS smartwatches for a long time.

By the end of May, Pebble will be sending out invitations to backers to finalize their rewards and shipments. All backers will have tracking numbers by mid-June. The new watch does require a new app that works only for the Pebble Time and Pebble Time Steel watches. An Android version of the app will land in time for the watch to work for Android users.