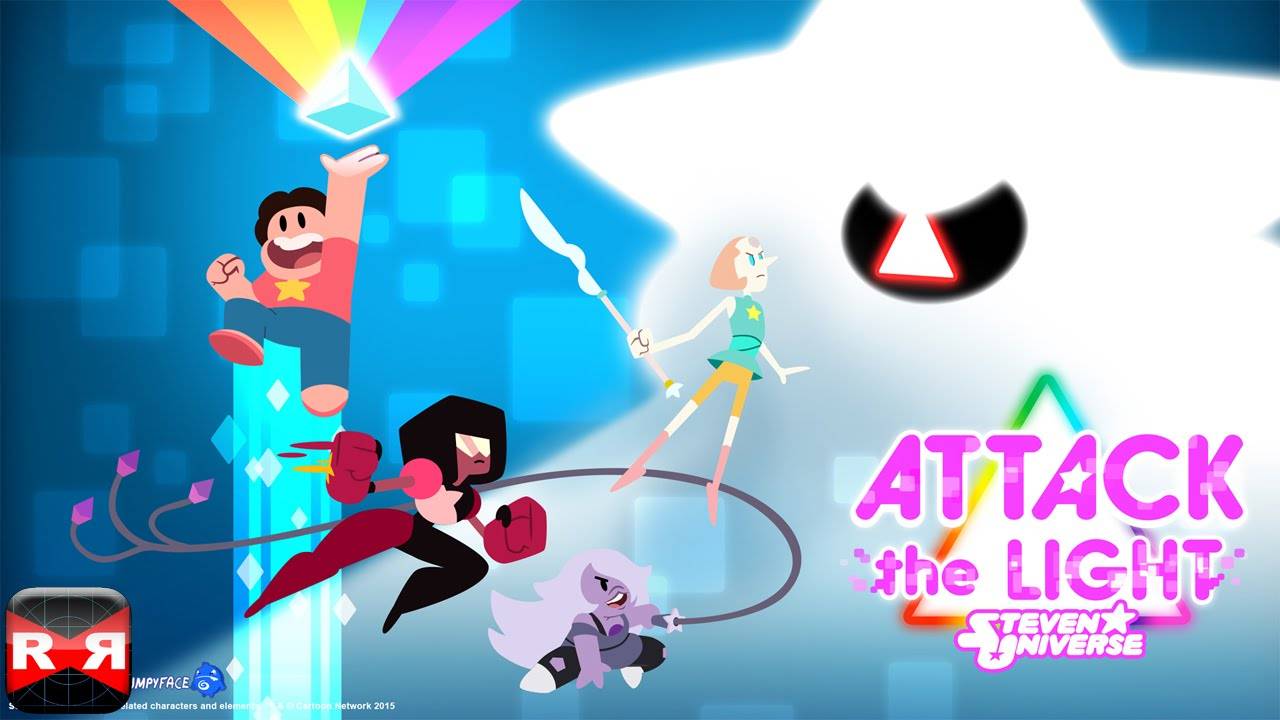 If you’re a fan of the Cartoon Network animated series Steven Universe, or even if you’re not, but you’re looking for a fun turn-based RPG, then this new Android game should be on your TBD (to be downloaded) list. Attack of the Light is now available on Android devices and you get to enjoy an all-new storyline from the creator of the series herself and even the original voice cast have lent their voices to this simple but fun game.

If you don’t know the series yet, Steven Universe is all about the titular character and his three friends named Amethyst, Garnet, and Pearl. Together these four protect the planet from evil forces. Unfortunately, Steven kinda screwed up in this game’s storyline and unwittingly unleashed a monster that wants to gobble up the entire world with its light creatures. So now, with the help of your fingers and your mobile device, you get to save the universe through this game.

Don’t worry, you’ll be equipped with all sorts of magical items, secret treasures to be discovered along the way, and each of the four characters’ unique abilities and weapons. If you’re lucky, you’ll even get to unleash Alexandrite, a three-gem fusion that will obliterate everything in its way. This game is pretty easy to play because of its intuitive tap and swipe controls. Plus, you don’t need to know much about the show to be able to understand, although it would probably be to your advantage if you knew a little about the four characters.

The game is available in several languages aside from English: Arabic, Chinese, French, Italian, Japanese, Korean, Portuguese, Russian, Spanish and Turkish. Steven Universe Attack the Light is available to download from the Google Play Store for just $2.99, all-in and with no IAPs available.