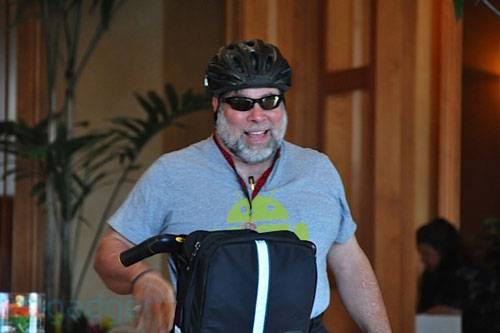 Say what you want about Apple and its products, but Jobs and Woz are never ones to mince words. I particularly like that Woz seems to be a realist. He has stated during an interview with a Dutch paper called De Telegraaf that Android will eventually win the smartphone OS wars. This is no surprise; you can’t win an entire market with one product on one carrier.

Woz says that right now Android is inconsistent, but that eventually the Android Os would match iOS and Android devices would pull ahead and lead the pack. Woz says, “[the iPhone] has very few weak points. There aren’t any real complaints and problems. In terms of quality, the iPhone is leading.” He also said, “Android phones have more features.”

Woz says that the Android OS will eventually beat out iOS and Apple to win much like Windows did in the computer market. Woz also let slip the fact that Apple had developed a phone with a Japanese electronics firm in 2004, but shelved the idea.