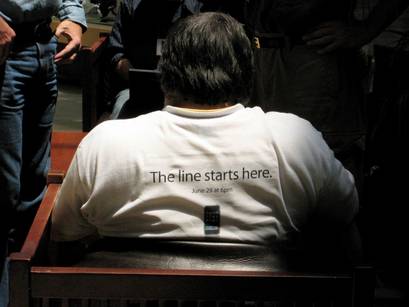 This may sound like blasphemy to the Apple loyals, but Steve Wozniak happens to own a Google Nexus One,  and is an early owner at that (Woz got his on launch day).  He also happens to love it – a whole lot.

Wozniak also owns a Motorola Droid, as well as a pair of iPhones.  He’s actually pronounced the Google Nexus One as his favorite, according to Gizmodo yesterday.  However, Woz evidently posted again, to re-explain what he meant.

“”I buy most of the significant gadgets that come out…I did not buy an Android right away but I did like the looks of the Motorola Droid so I bought it. When you buy a gadget and it works without hours of figuring things out, it’s a joy. At different points in time you’ll find me with different Blackberries and other phones. At the time of this interview I carried 2 iPhones (battery and multitasking fixed) and the Droid on my belt. And I do enjoy the Droid and it does my normal stuff fine, but it will take some time to find apps equal to some that are important on my iPhones. When the Nexus One came out I put the Droid aside and shifted to checking out the Nexus One. I’m always on the watch for the latest hot gadgets. When I don’t like new gadgets, I keep my mouth shut. It’s better to focus on the good. I’m not the conflict type of person so I don’t try to get into arguments you never win about which is better. But if I only carried my iPhones, I wouldn’t have as good an idea of how others do with their alternate choices.””