SteelSeries has been in the business of gaming controllers and peripherals since the early 2000s. This year, a new controller in the form of the Stratus XL Wireless Gaming Controller for Windows and Android will be ready to bring the best in Bluetooth-enabled and console-style controller for Android and Windows.

You can choose to control games effortlessly and wirelessly via Blueooth on Amazon Fire TV, Ouya, and other similar systems. The new Stratus XL Wireless Controller allows multiscreen experience for mobile games. Feel free to play all those controller-enabled Steam games on Windows or Android.

Battery status level can now be detected. The Stratus XL features four LEDs as player indicators and shows status of battery level. There are buttons on the center that allows for easier navigation in Steam Big Picture Mode and within games. Because of Bluetooth connectivity, this thing can connect and allow other multiple players to connect to the system when gaming. 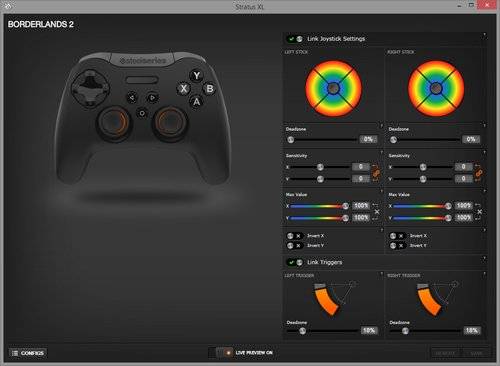 The Stratus XL can last up to 40 hours of gameplay. It can be paired with numerous games on Steam and on the Google Play Store. Some of the titles already set include the Witcher 3: Wild Hunt, Killing Floor 2, Middle-Earth: Shadow of Mordor, and ARK: Survival Evolved a. You can also enjoy Grand Theft Auto V, Outlast, Call of Duty: Advanced Warfare, and Middle-Earth: Shadow of Mordor.

The Stratus XL for Windows and Android will be available starting July with a $59.99 price tag.