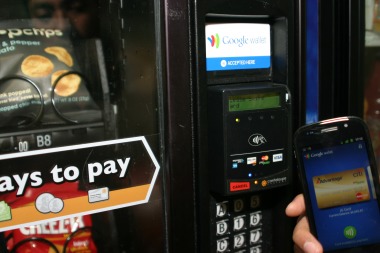 I’ll be honest, I’ve never been that swayed by NFC. Carrying a few ounces of wallet isn’t really a burden, and using a smartphone to pay isn’t so much easier than using a debit card. But as a guy who almost never carries cash, this gets me excited: a San Francisco startup is equipping vending machines with NFC receivers, specifically made for Google Wallet. All Things D reports that the first test markets for the new machines will be San Francisco, New York, Chicago and Washington, D.C.

Google Wallet is getting a lot of press lately. In addition to more and more NFC-equipped Android phones, even in the United States, Google is rolling its Checkout service into the newer Wallet. Independent bands and artists that want to sell music using the extensive tools in Google Music get paid via Wallet, and more and more online retailers are accepting the service. NFC itself is seeing some wider use as well, between Ice Cream Sandwich’s new Android Beam feature and a search function built into the latest version of the PayPal app.

Unfortunately, NFC is still rolling out pretty slowly in the States. While a few gas station chains have adopted the service to complement their older RFID systems, a Wallet-enabled retailer is still pretty hard to come by. Hopefully the technology will see more and wider adoption if consumers can get more comfortable with the vending machines.