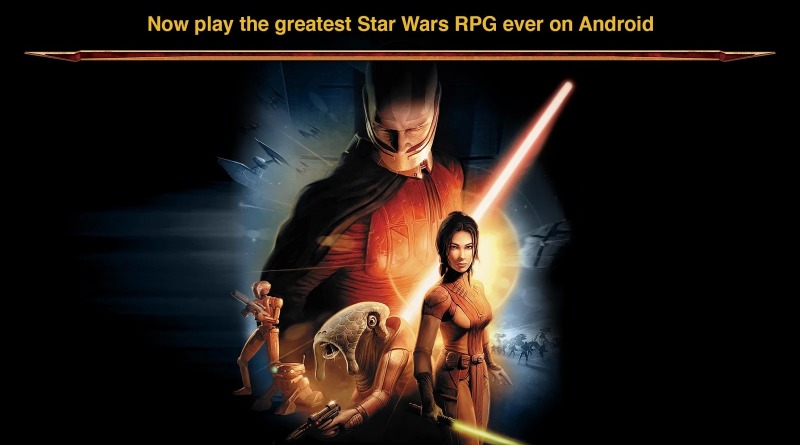 Perhaps the Force is not as strong on Android as we had hoped. More than a year after landing on iOS, and more than a decade since the original, one of the most popular RPGs in the Star Wars franchise has finally made its way to our beloved platform. Now you get the chance to play out your Jedi fantasies in Star Wars: Knights of the Old Republic, but will you take the side of light or will you fall to the dark side?

Set four thousand years before the events of the films, the Old Republic takes players back to the very early days of, well, the Old Republic, and right in the middle of the battle between the Jedi and the Sith. Although you start off as an unwitting soldier, you will eventually be given choices that will shape your character, whether as a recruit of the Jedi Order or as an apprentice of the Sith Empire.

The game offers several features that will make any Star Wars fan drool. That said, this game has been out for a while, so majority of the appeal of the game will be trying to relive the adventure on your smartphone. Players will get to see the vistas of iconic Star Wars locations and will get to play around with over 40 different Force powers. And what could be cooler than being able to wield your very own lightsaber?

The user interface of SW:KOTOR, as fans lovingly call it, has been optimized for touchscreens but support for controllers is also present. That said, the game itself hasn’t been slimmed down for mobile, meaning you’ll need a lot of space to install it. 2.4 GB to be precise. To celebrate this “better late than never” launch on Android, the game’s price tag is slashed by half, now only $4.99.