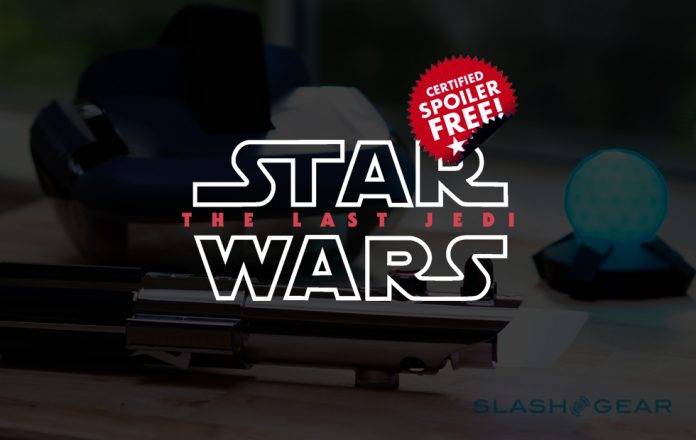 If you’ve already started your real-life “training” by purchasing the Star Wars: Jedi Challenge set, you’ll be happy to know that an update coming soon will include new features from the recently released Star Wars Episode VIII: The Last Jedi movie. By the time the update rolls out you’ve probably seen the movie (and if not, what kind of Star Wars fan are you???) so you won’t really be spoiled by anything. Instead you’ll enjoy things like new lightsaber duals, a new planet, new content, and of course the newest darlings of the fandom, porgs!

If you have no idea what the Jedi Challenge is, it’s a Lenovo-made augmented reality headset that comes with a lightsaber controller and a tracking beacon and of course will work with the app installed in your connected smartphone. You could do geeky things like have a lightsaber battle with Darth Vader, play a strategic combat game, and even a game of Holochess. Basically, it’s an expensive but fun toy for true-blue fans of a galaxy far, far away. If you have money to spare and if you love things like this, then it’s something definitely worth getting.

And now since we have a new movie, then we’ll also get new content. You can battle it out with the red-armor wearing, Samurai-like Praetorian Guards. You also have a new planet to add to your strategic game and this time it’s Crait, the one with the red “dust” from the trailers. You also get new warriors like the AT0-M6 walker, Stormtrooper executioners, and a Riot Control stormtrooper. And of course, you get porgs, those lovable critters that are definitely not Jar Jar Binks-like. The new things aren’t that spoilers, so don’t worry.

The updated content will roll out by January 2018 on your Android app so you still have a few weeks left to catch The Last Jedi in order to be more familiar with it. And if you still don’t have the Star Wars: Jedi Challenge set, you can get it for around $200 from Lenovo and Best Buy.