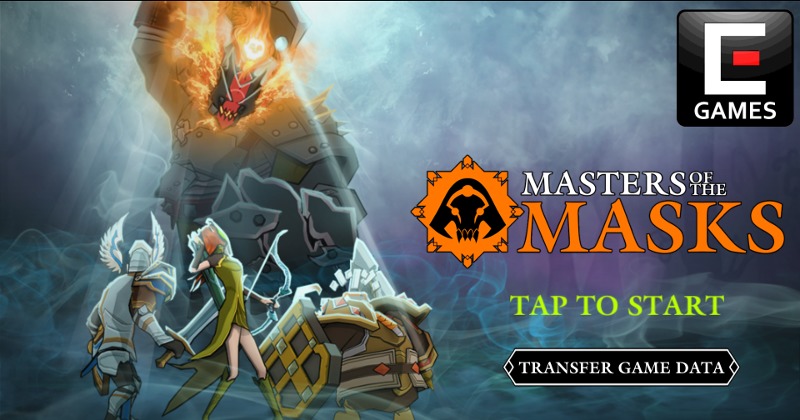 Square Enix snuck in a mobile game while we were still busy obsessing over various incarnations of Final Fantasy, both on the big machines and hopefully on mobile as well. But its surprise game, Masters of the Masks, couldn’t be farther from whatever preconceived notion you might have of a Square Enix mobile game, incorporating some things that the game developer has never done on mobile before. And yet, at the same time, it is because of those very same things that make MotM actually closer to a typical mobile game than anything Square Enix has done before.

The plot thickens … or not

Square Enix’s classic games, particularly the Final Fantasy series, and even some of its more modern mobile exclusives, have been praised for their deep and well thought out story lines and characters. Don’t go trying to find any of those here, however. It’s your typical “something bad happened and it’s up to you to save the world” kind of plot. Almost like The One Ring, a super powerful Mask was created that gave godlike powers to its bearer, which is never a good thing. So the Mask was shattered into many masks, and now it’s up to you to collect and fight for them in order to defeat the ultimate baddie. Of course, each mask you get grants you powers and fuse masks to get even better powers. 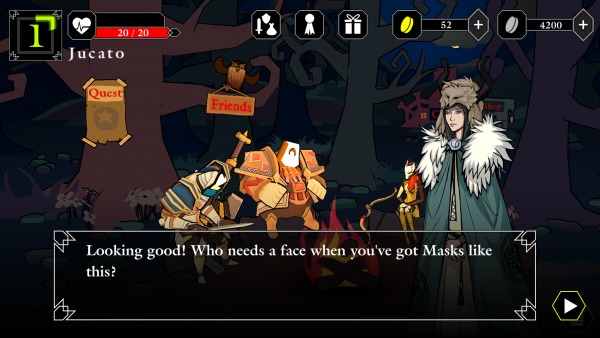 It’s a thin premise, but at least it’s there. Good thing that isn’t exactly what makes this game rather fascinating.

If looks could kill

As you may have noticed above, this is again not your typical Square Enix mobile game, which usually falls in either of two categories. One is a simple port of old school retro 8 or 16 bit graphics, ala Final Fantasy I to VI. The other is full on 3D exemplified by the Chaos Rings series. In Masks, however, Square Enix went for a look that was neither here nor there. The closest thing to describe it would be like a Western (yes, not Japanese) cartoon turned into a game. Yes, dialogs are delivered in Japanese visual novel fashion, but the aesthetics are not what you’d usually associate with that region. Everything is cel shaded, either in the character portraits or in the 3D models.

Not that it’s never been done before, but it’s definitely nothing you might have expected from the game maker.

Controls on mobile games are a rather contentious topic, with some bemoaning the concession to simply implement virtual d-pads and buttons everywhere. Others have taken a more “touch-friendly” approach, which usually means being limited to taps and swipes. Masters of the Masks is somewhat of the latter camp, but it adds a little twist, or in this case, a drag and drop. Like what you might normally do with when moving files or folders on touchscreens, the main action in this game, at least in the battle field, is tapping and holding on a character and dragging his or her attack to a target, represented by a directional arrow. It’s that simple, though, at the same time, a bit more work than simply tapping here and tapping there. At the very least, it keeps the player aware of who to target.

The same drag and drop action applies to using “super” attacks, which are strangely represented by a meter at the bottom of the screen. You wait for it to fill up to a certain extent and then you drag from one of the Roman numerals and drop into a target, whether they be enemy or ally. This, however, is a little more complicated than a normal attack. Each character has a special ability. One might heal like a cleric, another might rain arrows on your foes. Which character’s super attack (or buff) gets activated depends on whose turn it is.

Here is where Square Enix borrows a familiar trope from JRPGs. Battles are turn-based, but it’s not a simple matter of one character following another. Each character has an action meter that gets filled up over time. Some get theirs filled faster than others and therefore get to attack or do a spell sooner. Same goes for enemies, and some units will be able to attack you even before one of your own units gets his or her chance to dish out some damage. After a character does something, the meter resets and needs to get filled up again. This is no different from the ATB or Active Time Battle system that the later Final Fantasy games popularized.

That said, the ATB wasn’t always a welcome game mechanic, and some might cringe at seeing it here as well. At least the game pays homage to some of Square Enix’s more mainstream titles.

The Final Fantasy series haven’t exactly been designed for modern mobile game conventions and some of Square Enix’s mobile RPGs don’t lend themselves easily to those either. Masters of the Masks is neither of those. In short, you also have the full gamut of mobile game features and misfeatures. Ladderized and fixed progression: check. Social connections and leaderboards: check. A “home screen” for setting up camp (quite literally here): check. In-app purchases: unfortunately, also check. 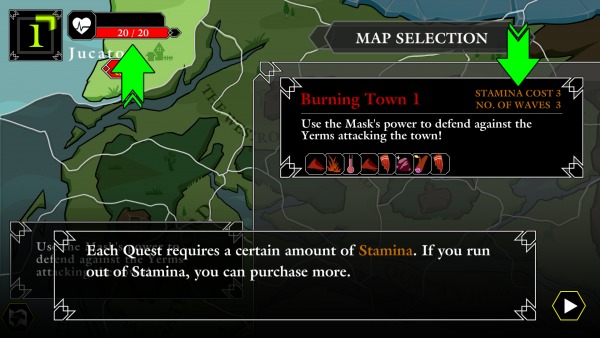 Mobile gamers definitely won’t feel like a stranger in this Square Enix title.

Masters of the Masks is an unexpected game coming from a big name publisher and it could very well be a bit refreshing in that regard. But it probably won’t be a hot item either. Square Enix played it safe and stuck to tried and tested and definitely overused mobile gaming tropes perhaps to try to appeal to the masses. And to their wallets. It does have a novelty factor to it that could make the game a bit more interesting. At least for some time. 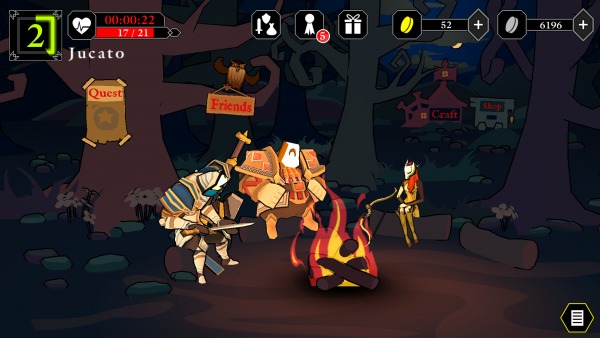 The game is free on Google Play Store, so it’s safe to take it out for a spin. Do beware of those pesky in-app purchases though.