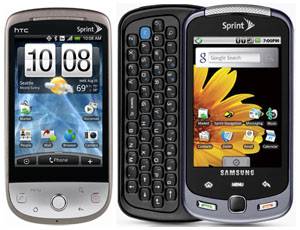 As it stands right now we have only one 2.1 device, Google’s own Nexus One. 2.1 has been a hot commodity every since it debuted on January 5th on the Nexus. For whatever reason, it has yet to see light on any other non rooted Android handset. Even the mighty droid can’t seem to get an official 2.1 update. Sprint has promised earlier this year that it will indeed deliver 2.1 to their Hero and the Moment.

Rumor has that Sprint will start distributing this update as early as March 26th. We all know from our experience not to trust these rumors but this one holds a little more weight than usual because a so called Sprint employee has posted an internal memo to their employees stating that it will be released in the coming weeks. I wouldn’t hold my breath on this one but it be great to see these phones updated to 2.1.