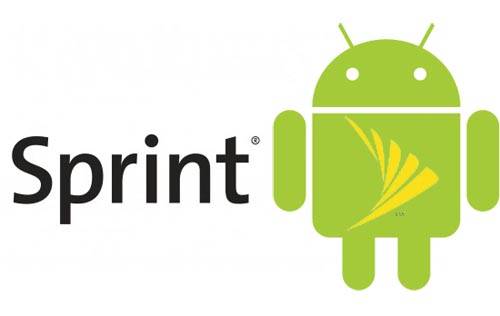 Sprint has just released some exciting new information about their Vision and plans for the network. As you guys all know Sprint’s iDEN network is being shutdown sometime in 2013. That is the network that hosts all the Push-to-talk devices you see people still using. Today Sprints press release announced plans to unveil push-to-talk phones on the current CDMA network, a technology they will call Sprint Direct Connect. This will be what replaces the iDEN Network.

Sprint Direct Connect will feature a broad array of improvements over the iDEN network and is expected to consolidate multiple network technologies into one seamless network resulting in enhanced coverage, quality and speed, better network flexibility, reduced operating costs, and improved environmental sustainability. These changes should help with the increase of data usage on smartphones and offer higher bandwidth capacity, as well as triple the square-miles that the Push-to-talk network covers.

Sprint mentions they plan to first release an Android Powered phone for this new Push-to-Talk network built by either Kyocera or Motorola, and with more to follow from those manufacturers. It will feature smartphone specs, and have a qwerty keyboard. (I’m betting on Motorola first) This all sounds like good news for those that enjoy Push-to-talk. I know I have two friends, one a Fire fighter, and another that is a Vegas Metro Police Officer that both use current Push-to-talk phones on the job that are old, outdated, and look like flip phones from 2007. This should be good news for companies supplying these types of phones to their staff. Read below for the full Sprint Press Release:

Sprint Direct Connect service is being built to deliver higher bandwidth capacity to keep up with customers’ demand for data. Sprint also is working to deliver enhanced applications on Sprint Direct Connect, best-ever in-building coverage and is planning to provide triple the square-mile reach of Sprint’s current push-to-talk service.

Sprint Direct Connect will launch with an initial portfolio of rugged devices from Motorola Mobility and Kyocera. The devices will feature most of the capabilities available on current Sprint push-to-talk phones, plus next-generation push-to-talk applications and functionality including high-speed data access, high-resolution cameras and Bluetooth®. The planned portfolio will include an ultra-rugged camera flip phone and an Android™ Smartphone with a touch screen and a QWERTY keyboard. In 2012, Sprint expects to deepen its push-to-talk portfolio, adding more devices with new form factors and features.

The devices are expected to enable group push-to-talk for up to 200 participants, Land Mobile Radio (LMR) interoperability, and availability notification. In early 2012, Sprint Direct Connect is expected to add more capabilities, including international push-to-talk.

The benefits of Network Vision to Sprint’s PTT customers will be wide-ranging:

* Push-to-talk coverage footprint is planned to increase to nearly 2.7 million square miles and is expected to cover a population of 309 million (with the addition of 1xrtt and roaming coverage) – an increase from the iDEN network’s 908,370 square miles covering a population 278 million.
* In-building coverage is expected to improve significantly through investment in the most advanced CDMA technology and radio equipment.
* Voice and data capacity is expected to increase significantly as Sprint will be able to fully leverage its industry leading spectrum holdings in 800 MHz, 1.9 GHz, and – through its partnership with Clearwire – 2.5 GHz.

During the nationwide implementation of Network Vision, Sprint expects to continue operating the iDEN network at current best-ever performance levels. As the customer base shifts to more broadband-centric push-to-talk applications on the CDMA network and Sprint launches Sprint Direct Connect, iDEN cell sites are expected to be phased out in 2013.

“Our customers are asking for broadband push-to-talk now,” said Paget Alves, president-Sprint Business. “We’ve seen steadily increasing demand for faster data speeds, better and broader coverage, and more applications on push-to-talk devices. Sprint Direct Connect is designed to solve for all three, and is expected to come with sub-second push-to-talk call set-up time initially in Sprint CDMA RevA coverage areas. Sub-second call set up is expected to expand across the U.S. with the implementation of Network Vision.”

Alves added, “We believe the new push-to-talk service powered by a broadband network and featuring competitively priced rugged handsets and smart phones will represent an unmatched offering in the market.”

Sprint plans to identify customers who require custom push-to-talk solutions and assist with their migration to the CDMA network. The company also plans to engage partners in developing a robust portfolio of push-to-talk accessories and involve developers in the creation of new applications through its Sprint Gets Rugged application developers program. The program will provide information, support and tools needed to port developers’ applications to Sprint Direct Connect devices. More information on the Sprint Gets Rugged application developers program can be found at http://developer.sprint.com/SprintGetsRugged. Sprint will hold a conference on March 22 at the International CTIA WIRELESS® meeting in Orlando for developers who are interested.

Sprint Nextel offers a comprehensive range of wireless and wireline communications services bringing the freedom of mobility to consumers, businesses and government users. Sprint Nextel served more than 49.9 million customers at the end of 2010 and is widely recognized for developing, engineering and deploying innovative technologies, including the first wireless 4G service from a national carrier in the United States; offering industry-leading mobile data services, leading prepaid brands including Virgin Mobile USA, Boost Mobile, and Assurance Wireless; instant national and international push-to-talk capabilities; and a global Tier 1 Internet backbone. Newsweek ranked Sprint No. 6 in its 2010 Green Rankings, listing it as one of the nation’s greenest companies, the highest of any telecommunications company. You can learn more and visit Sprint at www.sprint.com or www.facebook.com/sprint and www.twitter.com/sprint