Sprint might be getting serious about their bid for T-Mobile. A new report from The Wall Street Journal suggests that Sprint is pursuing financial backing from banks to acquire the resurgent carrier. Though banks are showing interest, and a deal is far from over, we may now have a better idea of why Sprint is in a hurry.

The deal is said to have a “total enterprise value” of about $50 billion, which includes a $30 billion bid for T-Mobile and about $20 billion for outstanding debt T-Mobile has. T-Mobile’s current market value is about $26 billion, but their stock continues to rise, and Sprint will likely be forced to pay a premium. Paying off the debt is a crucial part of the deal, as if Sprint were to proceed without having that base covered, debt holders could cash in their bonds against the new Sprint/T-Mobile venture.

With financial backing, Sprint is said to be insistent on getting this deal done quickly. Part of that is that aside from two carriers, you have parent companies in Softbank and Deutsche Telekom that have to come to terms. There is also a looming spectrum auction in 2015 that Sprint seems interested in. They can’t compete with the likes of AT&T and Verizon as a smaller player, but a Sprint/T-Mobile power play might do the trick. Though the duo wouldn’t be able to outsize either AT&T or Verizon, they do make for a more compelling argument in spectrum auctions. 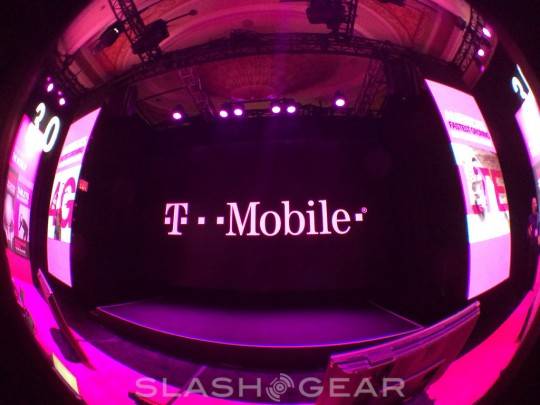 Regulatory bodies are notoriously suspect, though. In AT&T’s failed bid for T-Mobile, the FCC made it quite clear they prefer to have four major carriers in the US. That commentary could have been due to AT&T scope, especially in taking over T-Mobile. Two smaller companies make for a less polarizing situation.

If you’re wondering who would prevail in the merger, it’s up for grabs. Deutsche Telekom has been known to shop T-Mobile around, but could retain some interest in the newly formed company. Softbank is keen on scaling quickly to compete in the US, but T-Mobile’s CEO John Legere has input on who should run the show. When asked who should prevail in the proposed venture, he said “the T-Mobile Uncarrier business, the people, the brand the attitude is here to stay. … I think what we’re doing in any scenario we will prevail.” Sorry Dan Hesse, but we hope he’s right.
Source: The Wall Street Journal