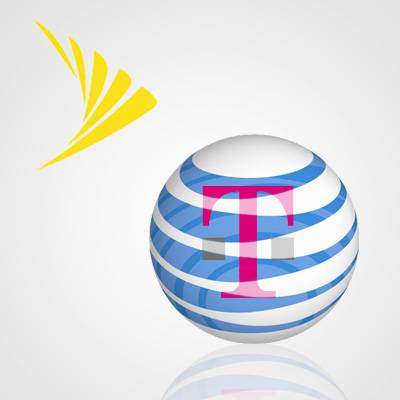 Sprint has made it official that it plans to challenge the FCC over the sale of T-Mobile USA to AT&T for a reported $39 Billion. According to the press release, Sprint’s position is that the sale will reduce competition, limit innovation, and end up hurting consumers. Those are all the usual complaints that come from from a rival company when one of their competitors gets swallowed up by another. But if that’s the case, why isn’t making exclusive deals and locking down cellphones anti competitive as well?

In Sprint’s announcement, the Now Network says that for nearly 30 years, the federal government has acted to break up large corporate communication concerns in an effort to keep US markets open to competition. Sprint feels that competition has fueled innovation, job creation, and investment in the American Economy. And then there’s the gloom and doom prophecy that if AT&T is allowed to buy T-Mobile, ALL of that will be undone. All? Really?

Sprint goes on to say that both Verizon and AT&T are already “big enough,” and that this merger would make Ma Bell three times larger than poor little Sprint. And Sprint would be powerless to defeat what it calls a “duopoly” that would be entrenched in the wireless market. Well, gee, Sprint. How about being more competitive in your pricing? How about investing more in your network and providing better phones and better customer service? You claim you stand ready to compete in a “truly dynamic marketplace,” and maybe you have a point. But I can’t help but wonder if you’d be opposed to it if you were in AT&Ts shoes.

The FCC has already come out and said the deal will receive no “rubber stamp.” So AT&T indeed has it’s work cut out for it in making the deal work according to FCC wishes.

The transaction, which requires the approval of the Department of Justice and the Federal Communications Commission, and will likely spark a host of hearings in the U.S. Congress, would reverse nearly three decades of actions by the U.S. government and the courts that modernized and opened U.S. communications markets to competition. The wireless industry has sparked unprecedented levels of competition, innovation, job creation and investment for the American economy, all of which could be undone by this transaction.

AT&T and Verizon are already by far the largest wireless providers. If approved, the proposed acquisition would create a combined company that would be almost three times the size of Sprint in terms of wireless revenue and would entrench AT&T’s and Verizon’s duopoly control over the wireless market. The wireless industry moving forward would be dominated overwhelmingly by two vertically integrated companies with unprecedented control over the U.S. wireless post-paid market, as well as the availability and price of key inputs, such as backhaul and access needed by other wireless companies to compete.

“Sprint urges the United States government to block this anti-competitive acquisition,” said Vonya McCann, senior vice president, Government Affairs. “This transaction will harm consumers and harm competition at a time when this country can least afford it. As the first national carrier to roll out 4G services and handsets and the carrier that brought simple unlimited pricing to the marketplace, Sprint stands ready to compete in a truly dynamic marketplace. So on behalf of our customers, our industry and our country, Sprint will fight this attempt by AT&T to undo the progress of the past 25 years and create a new Ma Bell duopoly.”

Sprint Nextel offers a comprehensive range of wireless and wireline communications services bringing the freedom of mobility to consumers, businesses and government users. Sprint Nextel served more than 49.9 million customers at the end of 2010 and is widely recognized for developing, engineering and deploying innovative technologies, including the first wireless 4G service from a national carrier in the United States; offering industry-leading mobile data services, leading prepaid brands including Virgin Mobile USA, Boost Mobile, and Assurance Wireless; instant national and international push-to-talk capabilities; and a global Tier 1 Internet backbone. Newsweek ranked Sprint No. 6 in its 2010 Green Rankings, listing it as one of the nation’s greenest companies, the highest of any telecommunications company. You can learn more and visit Sprint atwww.sprint.com or www.facebook.com/sprint and www.twitter.com/sprint.