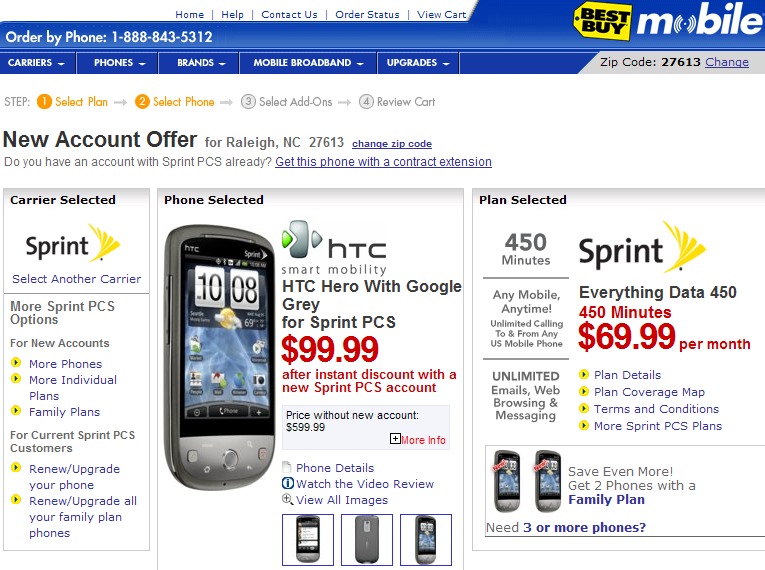 As we all know, the Sprint Hero by HTC comes with Android (oopss) 1.5, and many Hero users are waiting anxiously for the Eclair update. There’s word from the Sprint Community blog about an upcoming update for the Hero, unfortunately, it appears to be just a maintenance release.

According to SarahKS (Sprint Admin.), a “maintenance release is being developed for the Hero to address key items such as SMS and DST issues.” She also said that the target launch will be in the “next few weeks”, but she doesn’t know the exact date or what is going to be included on this MR. She ends her post making a promise to update as soon as she gets more info on the matter.

Now better news, at least for those who want to get a new HTC Hero. If you are amongst those who don’t like the HTC Eris, but do like the shape of the Sprint Hero, BestBuy has a deal for you. They are selling the Sprint HTC Hero for $99.99 after instant discount with a new Sprint account. I personally like the Hero from Sprint better, and besides, the plans with that carrier are cheaper and give you more for your hard earn. Although that doesn’t matter if you don’t have good Sprint coverage where you live.