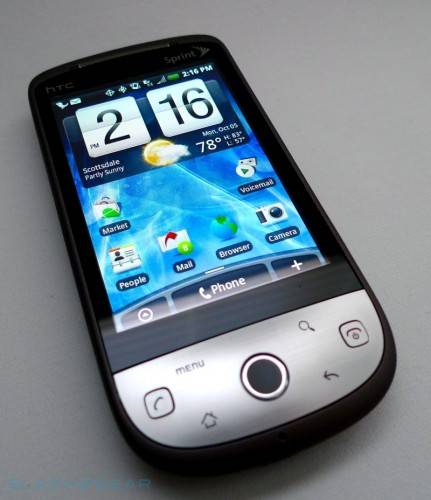 Just as we speculated at the end of last week, with the leak of the 2.1 update for the Sprint HTC Hero, the official update wasn’t too far off. And, sure enough, Sprint have come forward, late last night by all accounts, and released the coveted Eclair update for eager customers.

Unlike the update for the Sprint Moment, though, this one’s coming Over the Air (OTA), so you’ll just have to be a little patient as it rolls out in waves. The update itself adds the necessary alterations to HTC’s Sense User Interface (UI), along with adding full functionality in the Android Market. It also adds voice recognition, which debuted with the Motorola Droid, as well as improving corporate email synchronization. Other included features are bug fixes, and minor tweaks to the OS. It is an OTA update, but we’re sure the direct download link will be out soon enough. Hey, at least you know it’s really coming now, right? Let us know when you get yours!