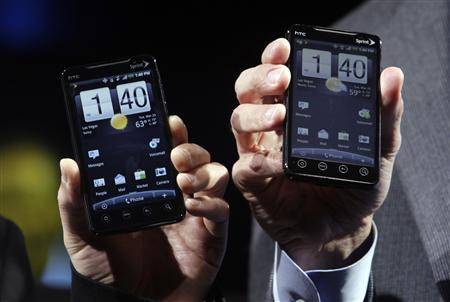 Besides this being on Sprint, this single factor just ruled this phone out for me. I’m sure there are a few (a lot) of you that don’t really care about this. Looks like 4G will do nothing to change the fact that CDMA phones can’t do voice and data at the same time. I for one need my phone to have this ability. I use them both simultaneously almost every day. And this isn’t just some random rumor it has been confirmed by HTC themselves.

The full quote from HTC:

“If you’re using 4G for data, you can’t use CDMA for voice. Currently the only way to do simultaneous voice and data would be through a third-party VOIP solution. However, this is not due to strict hardware limitations, so it’s possible this could change with future updates.”

Hardware wise, this is the best Android handset that we have knowledge of. Does this rule the phone out for you? Are you willing to overlook this and jump onboard anyway? I think this will be a big seller for Sprint but not as big as it could’ve been. This problem wouldn’t exist if it was on T-Mobile, let’s hope Sprint has a fix for this or T-Mobile gets it later in the year. For all of our sake, let’s all hope that AT&T doesn’t get their handcuffs on it.

Update: Sprint says this is not entirely correct. They are still testing 4G and it may be possible with the 4G connection.