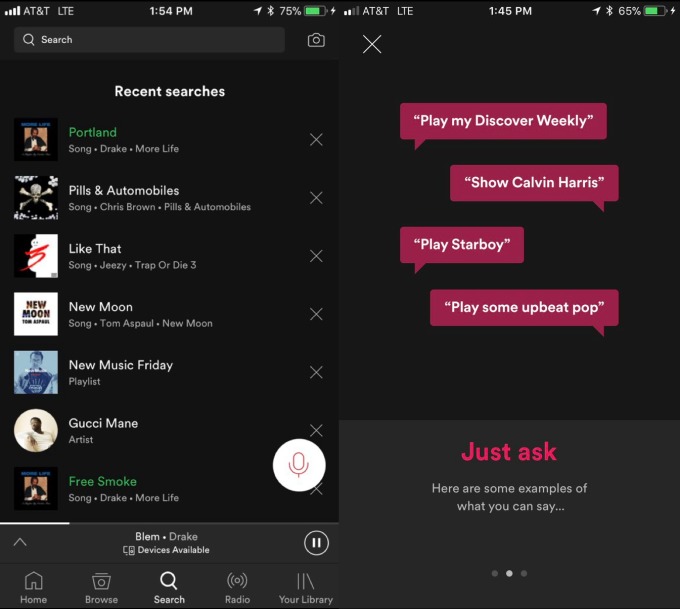 We won’t be surprised if one of these days, music streaming giant Spotify will announce that they will be launching their very own dedicated smart speaker. It’s probably the next evolution for them if they’re looking to break into the hardware industry. And the fact that they’re now testing out a native voice search for some users may be an indication that they are really going into that direction. A spokesperson said however that this is “just a test for now”.

Some users spotted the new voice search interface in their Spotify app which will tells you to “Just ask” and even gives you some examples of what you can tell the app to do, like “Play My Discover Weekly”, “Show Calvin Harris”, “Play Starboy” or “Play some upbeat pop”. This will be pretty convenient for users that are doing something else but want to play music while they’re doing it or if you’re not holding your phone at the moment. 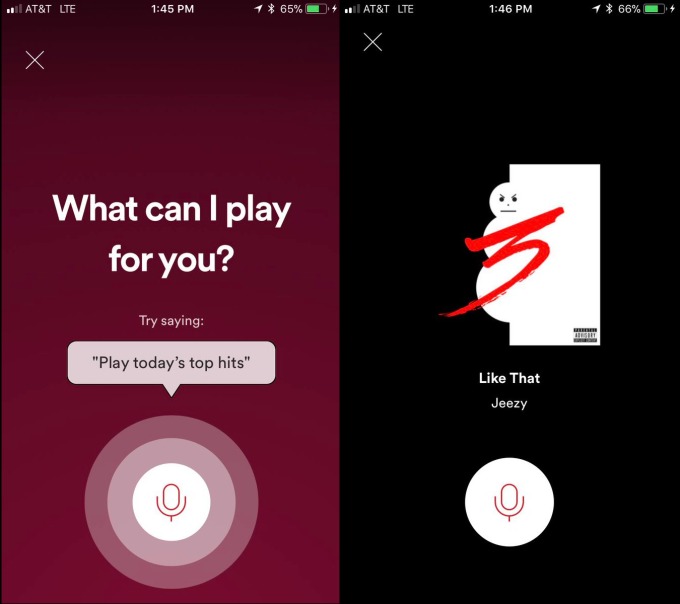 It can also be useful for those who don’t know what they want to listen to so they can just ask Spotify to play a specific genre or category and the streaming app can create a playlist based on that. Even if they don’t create their own smart speaker, they may very well create its own voice interface for smart speakers, competing with Siri, Alexa, Google Assistant, etc.

This experiment may also be part of their strategy as they prepare for a direct listing without the traditional IPO. Having their own voice search platform may prove interesting for potential investors. Are you part of the user subset that they are testing this voice search on? Tell us what you think!