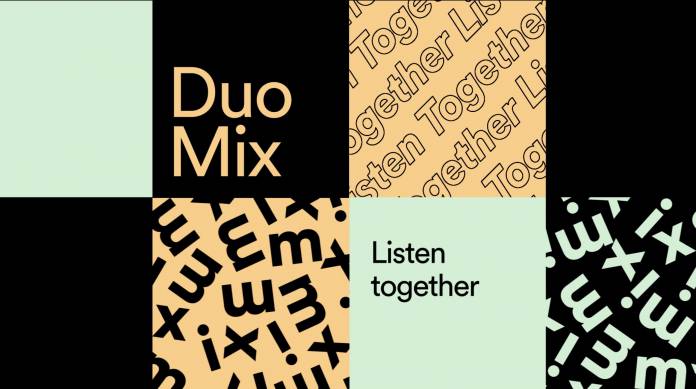 If there are two people in your household who listen to Spotify but the Family plan is a bit too expensive for you, the music streaming giant has apparently heard you. They are now testing out a new thing called “Premium Duo” which will give you a subscription for two people, which should be perfect for couples or roommates who want to have their own account. However, they are testing it out in just five small markets for now and we’re not sure if it will eventually see the light of day.

As you can surmise from its name, the Premium Duo plan is meant for just two people who apparently live in the same house. When you sign up for it, it will ask you to state your address just to make sure, unlike the Family plan that doesn’t ask you to do that. The good news is that in terms of price range, it’s between the price of an individual premium account ($9.99) and the family plan ($14.99) as it is estimated to be at $12.99.

The pair of users who signed up will also get a special feature called the Duo Mix which actually creates a single playlist based on both of the couple’s or roommates’ musical tastes and listening history. The playlist will update automatically as both of you continue to listen to your own respective playlists. If you have varied tastes, then you’ll get a pretty crazy mix. But there are options to choose which kind you would want to listen to like chill or upbeat and you can also opt out of it.

However, the test for the Premium Duo plan is still in a pretty small market. It’s only rolling out to five countries for now: Colombia, Chile, Denmark, Ireland, and Poland. There’s no reason for now as to why these countries were chosen and no update yet if it will roll out to other territories as well.