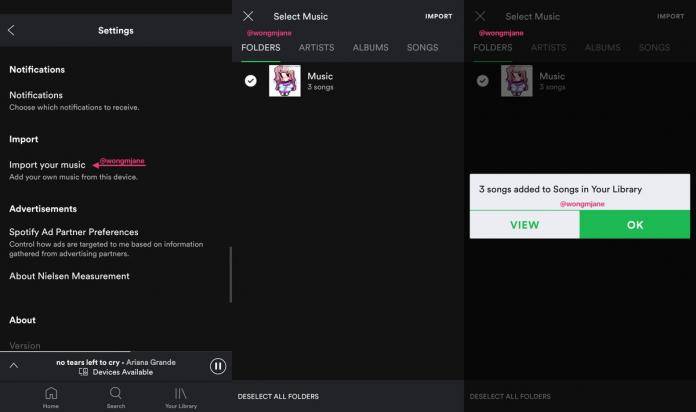 While you probably will never run out of songs to stream on Spotify since after all, they have millions of songs in their library, there are still a lot of music that is not yet there. The music streaming giant is reportedly testing out a way that you will be able to import songs or albums that you already own but aren’t in their library yet, which is reportedly one of the most requested features. They are also testing out some podcast UI changes and improvements in the library section as well.

Before streaming came on to the scene, a lot of people actually have files of their favorite songs and albums, some legally bought, some obtained from elsewhere. The latest rumor or leak is that Spotify is now testing out a way for you to import songs directly from your Android phone into the app. Hopefully, there are also some safeguards against uploading songs that you did not acquire through legal methods. Otherwise, both Spotify and record labels will have a huge headache and fight on their hands.

Another thing that Spotify seems to be testing out is the ability to save podcasts for later. This will be such a convenient change since right now you’ll have to always search for the podcast every time you want to listen to it. There’s also a UI tweak that will make the episode menus more simple by letting you press a button that should lead you to the episode description screen so you can read it better as compared to the current one.

We might also be seeing some changes in the library view of Spotify. You’ll be able to swipe horizontally to switch between the songs, playlists, albums, and other sections of the app. The design also looks a bit cleaner so that’s a relief for those who hate app clutter. The songs that you Favorite will also be turned into a playlist that may or may not change over time.

As to when these features will officially roll out is anyone’s guess. There is no confirmation of course so we might not even see them in real life. But hopefully, we will soon.