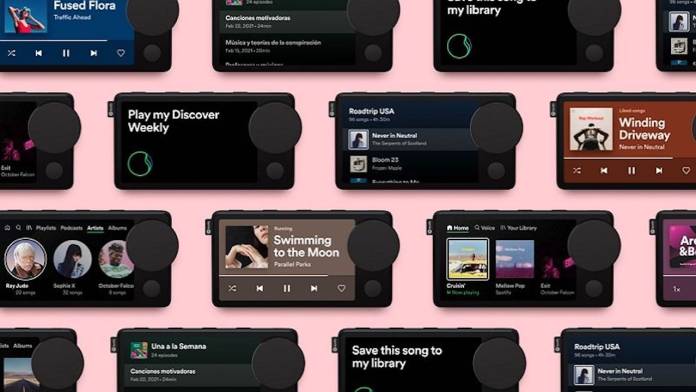 For those who love listening to Spotify while driving, the Car View mode is a pretty useful feature to have as it lets you listen safely and more conveniently in the car. So when users realized that the feature was gone and this was later on confirmed by Spotify, a lot of people were understandably upset about this development. The music streaming giant assured users that they were working on a new in-car experience but that is no consolation for those who want something now.

Android Police says Spotify users first started complaining on a community forum that the Car View was not appearing in the settings of the app on their device. The app would go back to the main view which is what everyone else sees. The Car View had a driver-friendly interface with bigger fonts and buttons so the driver will not be distracted and can still use and listen to Spotify safely while driving. So when they could not find it in the settings, the complaints started pouring in.

A moderator in the forum confirmed that Spotify is indeed “retiring” Car View but no reason was given. They did say that they were working on different ways to be able to give users a better in-car listening experience so they had to discontinue the current one to make way for the “new innovations coming down the track”. There was no timetable given as to when these new things will come out so it’s little consolation for those who use the app every day to drive to work or somewhere.

One suggestion that they’re giving users is to listen to Spotify hands-free through Google Assistant. Since it also works on Google Maps, you’ll be able to navigate and listen to music or podcasts at the same time. Recently, Spotify also introduced a new device called Car Thing which is meant for those who don’t have a built-in infotainment system in their vehicle. It’s still in limited release for Premium users in the U.S so it’s still not the perfect solution.

So for those are used to Spotify’s Car View while driving, you’ll have to make do with Google Assistant or Google Maps for now. The important thing of course is that you keep safe while driving.