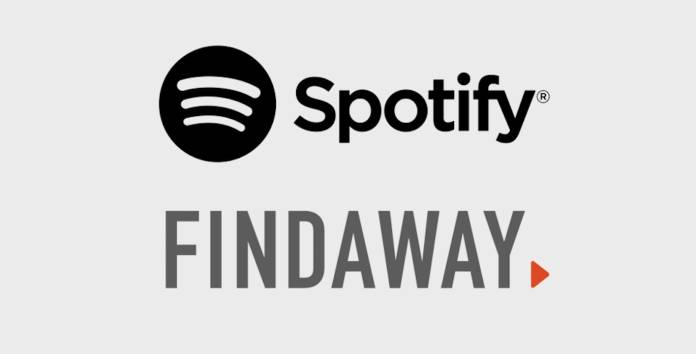 While Spotify has already established itself as the leader in the music streaming service industry, they have also been expanding their plans to include other audio content including podcasts and audiobooks. They’ve previously acquired Anchor and Gimlet for the former and have made small strides when it comes to the latter. They have now announced they are acquiring audiobook company Findaway as part of their plans to make Spotify “the destination for all things audio for both listeners and creators.”

Findaway is described as a global leader in digital audiobook distribution and aside from distributing audiobooks to various platforms, they also have an audiobook creation service called Findaway Voices. They are able to pair authors with narrators and this can eventually turn into a monetization option for Spotify. This will also lead to Spotify becoming an audiobook publisher/creator as well as an audiobook selling platform, competing with the likes of Amazon’s Audible.

Spotify did not disclose yet any of its concrete plans once the acquisition pushes through. What they mentioned is that they are excited to combine Findaway’s team, technology, and “robust audiobook catalog” with Spotify’s expertise. While the latter has barely scratched the audiobook market, they have a lot of success in the music and podcast categories so we can expect that they will also be going all-in with this kind of audio content.

Because of the infrastructure that Findaway already has in place, it will allow Spotify to fast track plans for scaling its audiobook catalog and bring more innovative products for its customers. They have previously partnered with YouTubers and celebrities to narrate/read classic books and also released the audiobook version of Harry Potter and the Philosopher’s Stone in partnership with J.K. Rowling’s Wizarding World.

It’s possible that Spotify will eventually release a new subscription tier specific for audiobooks, similar to what Audible does. Let’s wait for the acquisition to push through first and then see what their eventual plans will be.