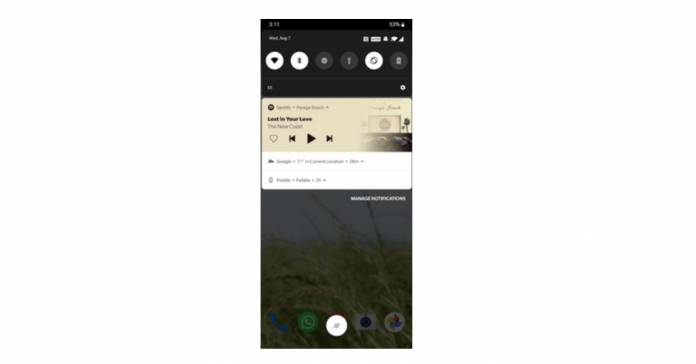 You probably take widgets for granted, assuming they will always be there for your convenience. But apparently, Spotify doesn’t think it’s important enough to be there forever. In the latest update to the Spotify for Android app, it seems they have already removed the home screen widget and even if you’re already using it, it won’t perform its basic function. Despite protests from users, they don’t seem to have plans of bringing it back anytime soon.

According to an article on 9 to 5 Google, even if Spotify is not quick in adopting new Android features, the widget has always been a fixture and is particularly useful to users who want to have quick access to their favourite music streaming service. But if you update to version 8.5, you’ll notice that you won’t find a Spotify widget anymore. And if you’ve already installed it previously on your home screen, it will not be functional anymore.

Spotify confirmed that they had “retired” the widget since they already have a playback notification anyway that is already built in to your Android device previously. You just need to swipe down from the Spotify app to acess the controls. Obviously, some of their users were not happy about it and so they put up a link in the forums so users can “vote” if they want the widget back. But even though more than a thousand already voted for it, the music streaming service says there are no plans for now to bring it back.

Sure, the playback notification may work for some people but those who prefer having some form of Spotify control on their home screen for quick access will have to deal with this unwelcome change now. Their competitors like Apple Music, Pandora, Amazon Music all have widgets so if this feature is that important to the user, some might even consider switching. Weirdly enough, Google’s own YouTube Music doesn’t have a widget yet but they are working on it.

But if you still want to convince Spotify to bring back the widget in a future update, you can still “vote” in their poll. Who knows, they might change their mind eventually and it shouldn’t be that hard for them to bring it back.