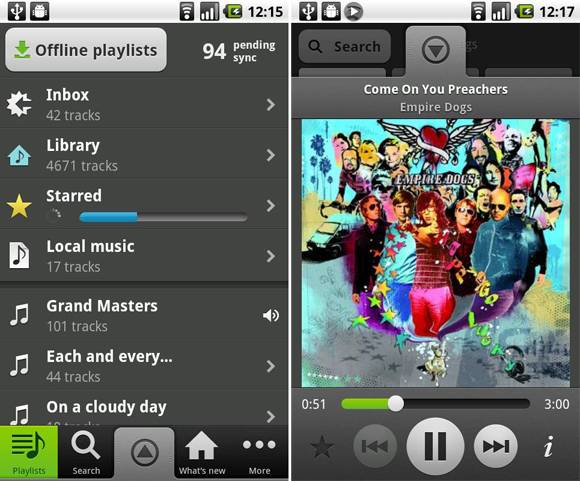 Spotify for Android has been updated, with the new version being quicker to load, having a tweaked UI and reducing its demands on battery. The tweaked app also now allows users to choose which storage device to keep cached tracks on, for Android devices with more than one memory card; music sync over WiFi is also said to be improved.

There are also fixes for voice search and missing cover art, along with how audio restarts after phone calls. Devices with dedicated media buttons are also supported in v0.4.9 too.

The Spotify app for Android is, as before, a free download. However you’ll need a premium account with the service in order to actually use it when mobile.