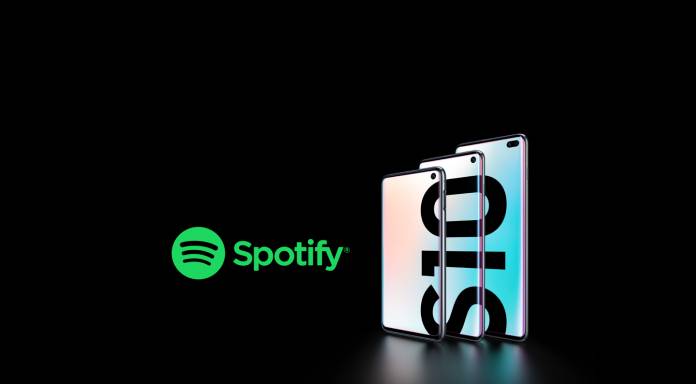 Spotify users who own Samsung Galaxy devices are not particularly happy with the latest update to the music streaming app. Normally an update would bring you new features or even a new look. But it seems that the newest one has brought quite an inconvenient bug that is affecting those who own Galaxy devices. Users have been unable to control the app from the locked screen or even notification shade once they updated to the latest version, forcing them to actually go to the app whenever they need to pause, play, forward, or rewind.

If earlier today you didn’t have any problem using your Spotify app on your Galaxy device, you might want to check it now especially if you have auto update turned on. Some users have been complaining that ever since the new update rolled out, they haven’t been able to control the audio playback from their locked screen. This has been a particularly useful thing to have for those listening to music or podcasts and have no time (or capacity) to unlock their devices and then go to the app itself and either skip a track or go back to another one or just pause it.

Now that’s exactly what you have to do and users are not particularly happy about this inconvenience. It seems that Galaxy S9 and Galaxy S10 owners are the ones most affected although there were also a few reports from those that have LG and Huawei devices. Going to the actual app might not be as bad for some but if you were commuting or you were saving your battery, then it is pretty annoying.

There is a temporary fix to the issue right now for Galaxy 10 owners and maybe other Galaxy users as well. Go to Settings and then Optimize battery usage. There’s a dropdown menu in the upper left corner where you need to change the option from “Apps not optimized” to “all”. Find Spotify and then disable the battery optimization toggle. The bad news is you have to restart the device to make it work again.

Spotify is supposedly working on killing this bug so you won’t have to do all of that. But in the meantime, the temporary fix is your only option if you want to be able to control the app from your locked screen.