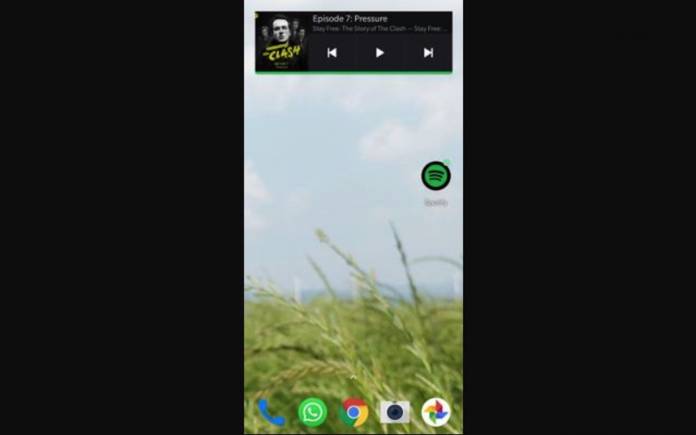 By now, you’ve probably considered Spotify as your ultimate music streaming service. The app is regularly updated with the last mention being the Android widget will be brought back to life by Spotify due to insistent public demand. Most media players on Android have widgets. Spotify removed support for the widget but it’s bringing it back. One major reason is that users find it easier to control Spotify right from the home screen. No need to swipe down the screen for the notification bar to show up. No need to relaunch the app because accessing the widget may be enough.

To get the Spotify Android widget back, make sure you get the last version of Spotify on the Google lay Store. The latest version of the music streaming app should be live now. According to Spotify, the Android widget is also now resizable unlike before.

Several stability issues reported have also been fixed. The Spotify team whats to make sure the update is perfectly working. Feel free to send your feedback or report if there are any issues or bugs you encounter.

The new Spotify Android widget has been said to deliver improvements to the visuals and performance. Spotify values feedback and suggestions from the consumers. This update was actually a result of a poll in the Spotify Community system where 16,000 votes were cast to bring the widget back. We weren’t sure why Spotify removed the widget but it seems not a smart decision.

The Spotify developers removed the widget back on August 8. Specifically, it’s the Spotify version 8.5. Community members and avid Spotify users quickly reacted by holding a vote for the widget to return.