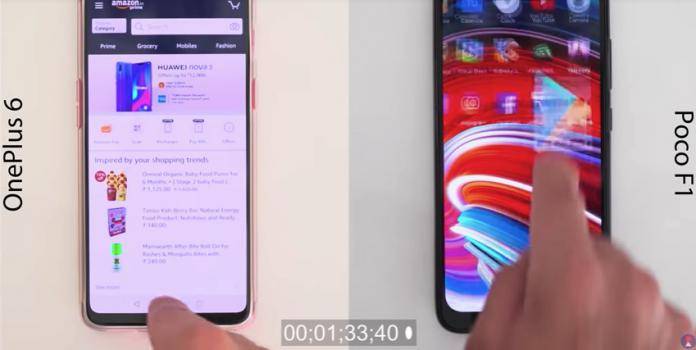 We’ve been hearing new gaming phones are entering the market but for the budget-friendly category, there’s the OnePlus 6 and Xiaomi Poco F1 being pitted against each other. There’s also the Razer Phone but that one is high-end. To check if what phone offers the fastest service, here’s a speed test featuring the two Android phones launching all apps installed on the phones. This is a regular test that only needs a timer and a tester’s mighty touch.

Both phones are set in airplane mode and are connected to the same WiFi network. No apps are running in the background as it is the standard setup for most speed tests we know.

Initially, the OnePLus 6 was moving faster. It was the first to boot and then open the first app. Note that both devices run on octa-core Snapdragon 845 processor which is not exactly low-end. There’s 6GB or 8GB of RAM for better performance.

We find it interesting the two have two different UI but based on Android. They are not stock Android so everything should be optimized yet light.

The Xiaomi Poco F1 phone quickly caught on and took the lead. We’re guessing the copper heatsink inside helped in cooking down the devices.