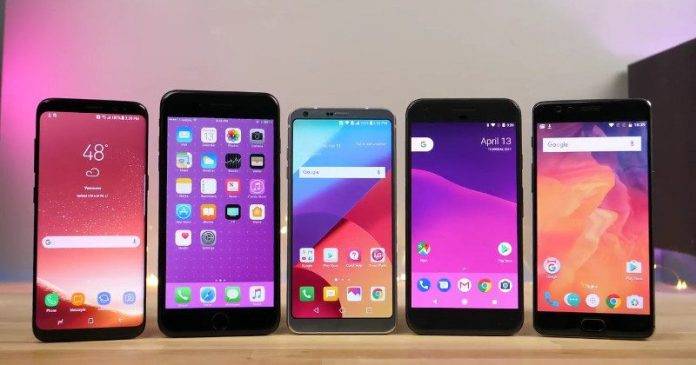 So the inevitable finally happened – someone did a speed test of all the popular 2016 and early 2017 flagships and put up the video on YouTube. Full transparency, there’s an iPhone 7 Plus in the mix, and it kinda blew away the Android competition. But we like the format of this very practical test, running apps and rendering images and videos – it may not be scientific, but it shows us a real world approach to what kind of speed matters on a smartphone.

So it’s the video below, and you might want to click on that first. The video shows us a couple of things that really stand out – first, Apple really optimizes its phones for running apps and it shows in speed of usage, just blows the Android phones away. Secondly, premium pricing does not automatically mean the best performance.

So the highlights of the video are these – that the Samsung Galaxy S8, being the one with the newest chipset among the Android phones, stands out with the Snapdragon 835’s performance. Curiously, the OnePlus 3T holds up quite well against the LG G6 and the Google Pixel. There were times in the test where you would have expected a lot from the LG and the Google phone – but they were bested by a phone that is almost 50% cheaper than their flagships.

The OnePlus 3T has the 6GB RAM going for it, giving it that extra resource for running apps. Of course, you will only notice these facts when brought together side by side. But if you use these phones as daily drivers, we’re pretty sure you won’t notice any speed issues.