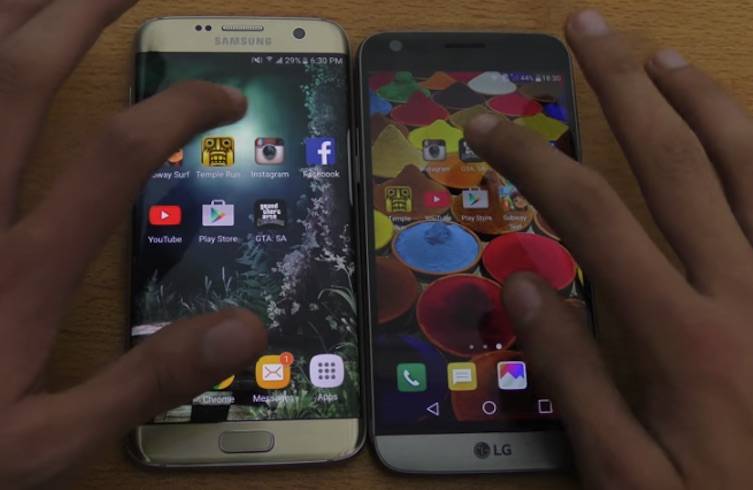 Here’s the thing: speed tests are awesome. Why? Because you can see with your own eyes how great a device’s system and performance are. Most tests may not be accurate but at least you can have an idea how a gadget performs under certain circumstances. After the speed test comparing the loading times of the new Galaxy S7 edge and the S6 edge, another one popped up on YouTube. This time, it was XEETECHCARE who compared the S7 edge against the new LG G5.

The two smartphones are the closest rivals today in the market. They are both from the two South Korean tech giants who both launched the premium flagship smartphones at the Mobile World Congress. The LG G5 won over 30 awards and wowed the mobile industry with its innovative modular design and “Friends” but the Samsung Galaxy S7 and S7 edge duo was released earlier this March so the two S7 variants became a hot topic.

The Galaxy S7 edge, specifically the Exynos variant, has been getting a lot of positive reviews but we’re sure the LG G5 will receive the same attention or more since it has “Friends” to introduce to the world. We’re not making any conclusions yet because we have yet to make an in-depth review of the both phones but you can pretty much see the performance of the two in this video:

Which one is faster? We really can’t say because each one is slightly faster than the other in some situations. There’s not much difference.

Both phones are powered by the latest Android 6.0.1 Marshmallow and 4GB RAM. The S7 edge runs an Exynos 8890 while the G5 uses a Qualcomm Snapdragon 820. The two are connected to the same WiFi network and there are no recently used apps.

The Galaxy S7 edge also has a Snapdragon 820-variant but its only for the Asian market. The YouTuber could be anywhere in the US or Europe but his Twitter profile says he’s from Pakistan.

We’ve listed them some of the results of the tests on each device: 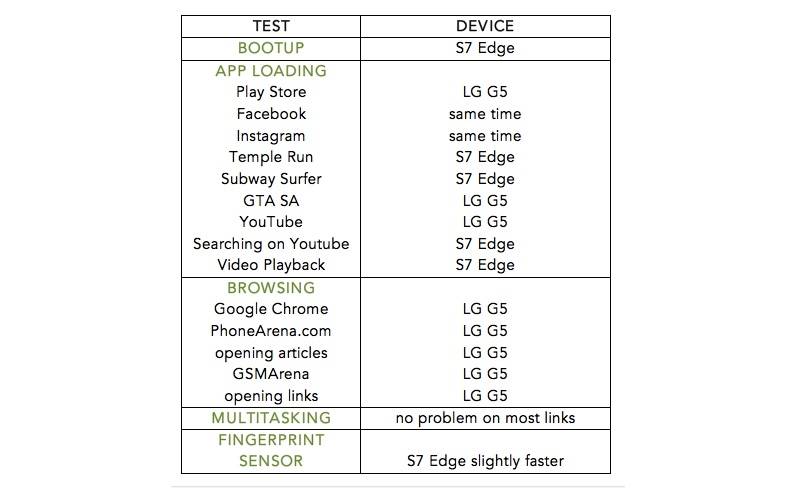 Playing a video is faster on the S7 Edge but both phones offer smooth scrolling. There’s no problem in multitasking as the phones loaded the recently used apps quickly.

The YouTuber said the Galaxy S7 Edge maybe slightly faster but you really can’t notice. Honestly, from my point of view, the LG G5 is faster. Or are my eyes tricking me?

Which one is faster to you?