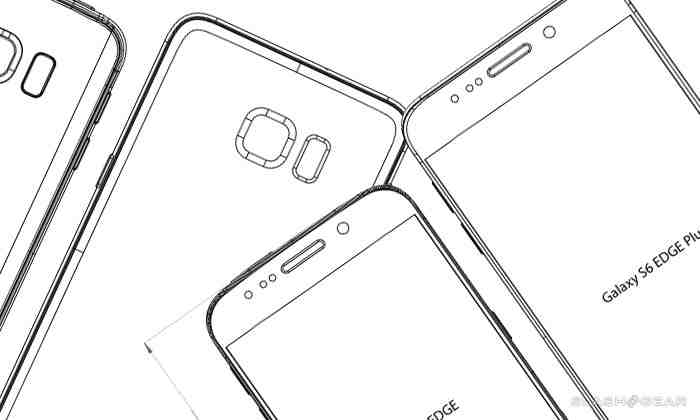 It’s already tradition that the closer the launch date it is, the more leaks, rumors, and insider information will come out (and sometimes you have to wonder if it isn’t the OEM itself that starts these leaks). We’re a few weeks away from the expected announcement of the Samsung Galaxy S6 edge Plus, and the latest news is that some release diagrams have been seen, giving (and confirming) more specs about the upcoming phablet.

Tech site SlashGear was able to receive case-maker images and they show the height, width, and other details like the curves and edges, as compared to the Galaxy S6 edge, as well as the other new expected device, the Galaxy Note 5. Obviously, it is bigger than the former and is almost as big as the latter. That is why some refer to it more as a phablet than as a smartphone. The dimensions are rumored to be 154.4 x 75.9 x 6.9mm and the display will reportedly be a 5.7-inch 1600×2560 pixel Super AMOLED screen.

With regards to the curvature, it is an edge device after all, it will supposedly have two curved edges instead of just one. This is more Galaxy S6 edge rather than the Galaxy Note Edge, so it has more shallow dips rather than a deep curve room for functions and icons and there is also no S-Pen.

The Galaxy S6 edge Plus is expected to be announced by August 12 and will reportedly be available in the US through carriers by August 21. The Galaxy Note 5 and Samsung’s first round smartwatch, the Gear A will also be announced during the same event.