Game developer Spacetime Studios is announcing that the sixth (!!!) expansion of their hit MMORPG Arcane Legends is now online, and it is called “Rage of the Ren’gol”. It’s a big-ish expansion, and so Spacetime is also kicking off a game-wide event that will basically usher in the expansion. Pretty nifty.

The event will basically be the rebuilding of the town of Garetta, recently destroyed by a marauding group of orcs. All players within the game will get prompts to join in the rebuilding effort. Once the town is rebuilt, the expansion will formally open, allowing players to enter the new zone and enjoy the new content. The more players get involved, the faster the town will be rebuilt, and the faster the expansion zone will be made available to all. That’s some cooperative MMORPG genius right there. Good job, Spacetime!

The expansion zone features three new dungeons, with the promise of new loot and bosses. Two new races are added to the game, Gnomes and a clan of savage Orcs. Plus the incentive of being the most industrious player to contribute the most towards the rebuilding of Garetta will earn that player a statue – specially designed by Spacetime artists – that will forever stand at the center of the town of Garetta. 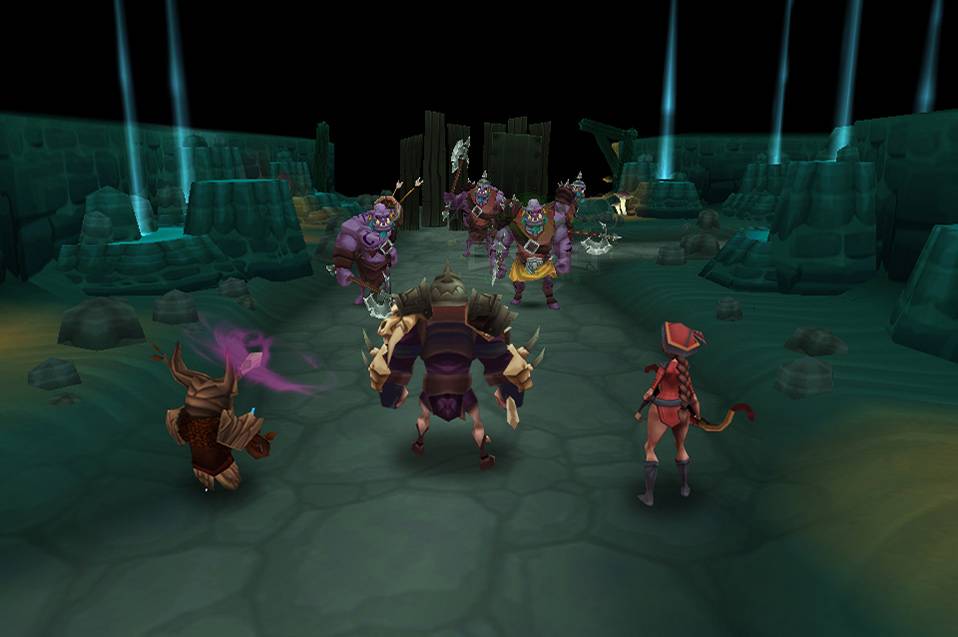 The game Arcane Legends is free to download and to play, although premium players and characters (via IAPs) do get the automatic level 41 jump. Downloading the game right now will give you the full expansion. Happy gaming!