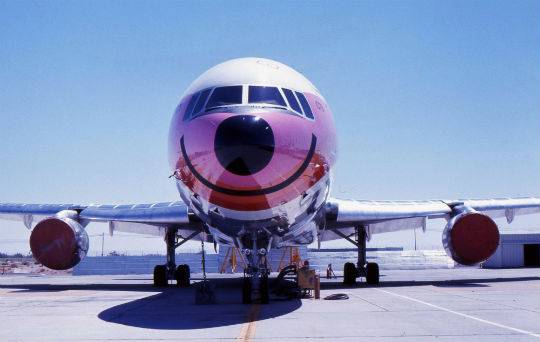 If you’ve ever been in a situation where you really, really need to use your device on a plane, you’re probably happy to know the FAA lifted restrictions recently allowing for broader use of devices and WiFi. Unfortunately, the new guidelines are subject to each carrier’s whim, and they can allow or disallow them as they like. Southwest Airlines has taken the first step, and will now allow in-flight WiFi access gate-to-gate.

Of course, you’ll still need to stow larger items like laptops, but it’s a big step forward. The difference between Southwest and other airlines, at least in this regard, is the type of WiFi they use. Others like United or Delta use GoGo, which uses a land-based CDMA network, which points to the plane. Southwest uses a satellite system called Row 44, which uses the KU-Band, allowing it to receive signals while at the gate, or even taxiing.

This doesn’t affect pricing, which is still expensive for the limited bandwidth you get, but it’s great for those who need it. Airline WiFi service is probably good enough to check some emails or keep in touch while in the air, but not much else. Studies show that most in-flight WiFi is accessed via a Laptop computer, which again have to be stowed.

With the increased utility of mobile devices, it’s at least workable to use in-flight WiFi and a tablet or phone. Services like Google Drive have much of the same functionality on mobile as desktop, and are good enough for quick edits and write-ups. Then again, it might just be a good idea to shelve the connection until you’re on the ground and save a few bucks.