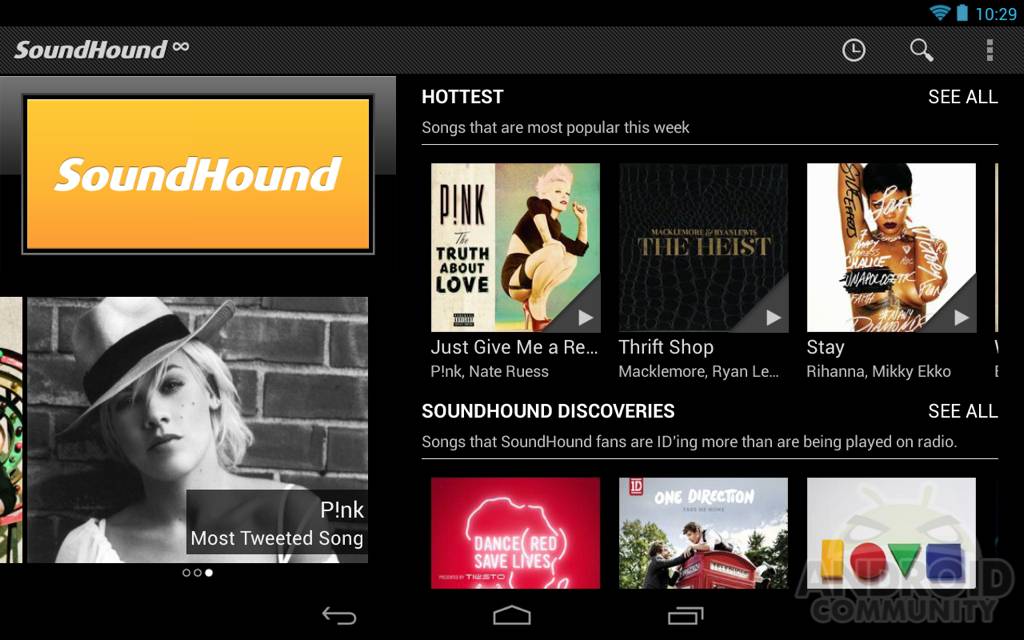 Today one of my favorite apps that I use way more than I should is getting a massive update on the tablet front. Our favorite music discovery application SoundHound has just received a large update that is improving tablet support and adding tons of features that previously only phone users were enjoying. Check it out below.

There might be plenty of Shazam fans out there, but SoundHound has been my go-to app for a long time when it comes to discovering neat new music. I don’t know how often I’ll be using my tablet for discovery, but the entire tablet app has been redesigned with a tablet-specific stunning design. The UI has been redesigned for 7-inch and 10-inch tablets, most notably the Nexus 7 and 10 – as well as a few others.

The entire experience is more visual with large album artwork, details laid out in a simple manor, and they have taken a few cues from Amazon’s Fire UI it seems with song suggestions and similar artists. We now have Livelyrics for those who want to sing along, as well as all those top hits and album charts with popular songs and more. 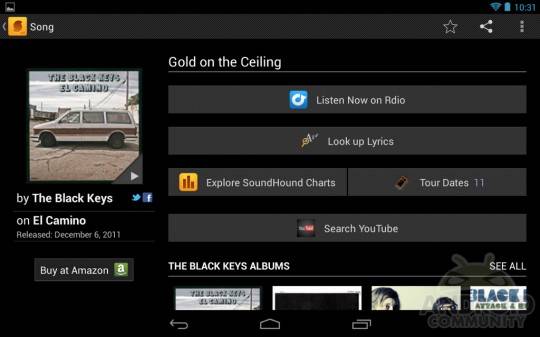 The update also adds deeper integration with Rdio, and you can listen to the song right after recognition using Rdio. And just like anything these days they’ve added better social features for Facebook and Twitter sharing. SoundHound also briefly mentions the update improved the speed of music recognition for smartphones, but it was already amazingly fast so we’ll just take it for what it is. For all those music-lovers, go get the latest SoundHound from the link below and give it a try.