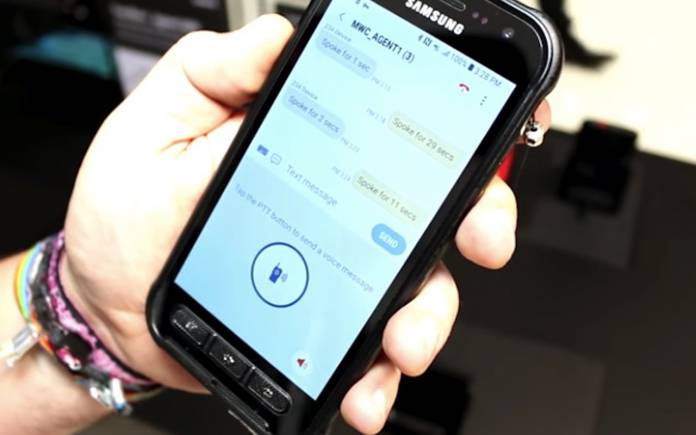 It’s legit. The rugged Samsung Galaxy S9 that was sighted during the Mobile World Congress in Barcelona, Spain is a real phone. Sadly, you can’t buy it from anywhere. It’s a phone known as the SMG 889. It was earlier thought to be another Samsung Galaxy S9 variant or a Galaxy S10 mini but it’s more of a specialized rugged device for public service use. This means if you are part of the local fire department or police, you can have this special smartphone to use for service and enterprise.

The public safety and public service can benefit from this because like any other ordinary phone, this rugged Galaxy S9 can be connected to any tablet, laptop, or multimedia devices to communicate. There is no official announcement if it’s officially a rugged Galaxy S9 but it looks like one.

The specs and tech are almost the same as the Galaxy S9. Our source mentioned a 5.2-inch screen with 2560 x 1440 resolution, and a panel ready under bright light or direct sunlight. It boasts a very rugged, thick, and heavy casing. It may even remind you of the Galaxy Active from before.

We don’t see a full-screen display because there are buttons at the bottom. The device runs on Android 8.1 Oreo only. The basic Galaxy and Android features can be expected.

Shown in the video is a special way to join a group call in a safe and secure way. Other specs mentioned include an 8MP selfie camera, Exynos 9610, 4GB RAM, 64GB storage, 12MP AF sensor, flash, rear fingerprint sensor, and a 4500mAh battery. The phone is super rugged–waterproof and dustproof.