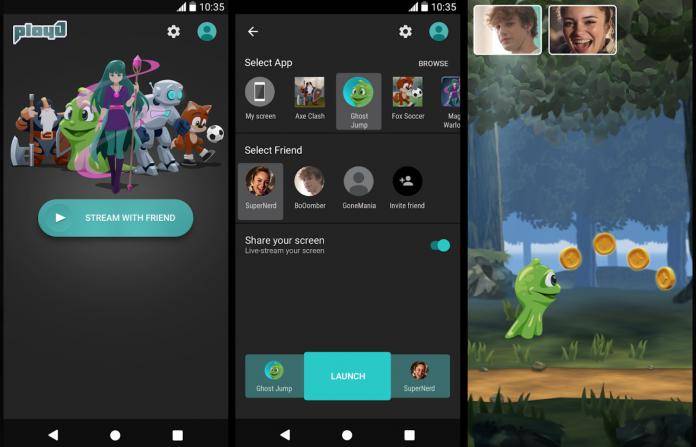 There have been countless studies done and shared saying that technology has helped isolated us from our loved ones. And so OEMS and app developers have been scrambling to fight that notion and have been coming up with products and apps that will help bridge that gap by letting us share our digital experiences with family and friends. One such app called PlayJ, this time from Sony, is now on beta mode and available to help you share screen time with whomever you want.

The idea of remotely sharing your screen with another person isn’t really new as some apps have tried to do this as well. But coming from Sony, this one is more polished and more stable of course, even though it’s still currently in beta mode and still has room for a lot of improvement. And even greater news is that it’s not exclusive for Sony Xperia devices but for anyone who has an Android device.

What the app basically does is select a game or an app and invite one of your friends or contacts to share your screen with. You only need to sign in with your Google or Facebook account and then choose which one you want to digitally spend time with. While it’s originally meant to share your game screen with someone, you can also share other apps like watch videos on YouTube or look at a powerpoint together.

Your friend’s feed will appear in a small window on your screen, just like it would when you’re on a video call with someone. During whatever it is you’re doing or watching, you can also chat with him or her so that you’re really experiencing the same thing together. There will also be an App of the Day section where you will get game or app offers every 24 hours.

You can download the PlayJ app from the Google Play Store for free. Just remember that it is still in beta so it probably won’t be perfect just yet.