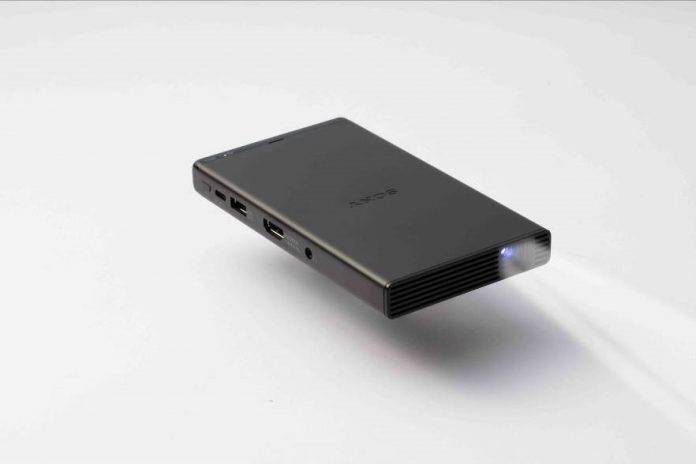 There are probably moments in your life, whether at work or at leisure, when you wished you had a projector around to be able to show a video or pictures on a larger screen for other people. There are actually several available in the market that you can carry around, but the Sony MP-CD1 Mobile Projector can actually fit in your pocket or on the palm of your hands. The quality isn’t bad either as long as you’re at the most 3.5m away and you want to project up to 120 inches in size.

The MP-CD1 can project onto any surface with its 105 ANSI lumens and its display that uses Texas Instruments’ DLP IntelliBright technology. And even if it’s projected from an angle or an uneven surface, it doesn’t distort the image or the video. It actually has a standard tripod socket so you can easily project it wherever you want, even ceilings if need be.

It is vivid and bright enough, but it doesn’t drain your battery that fast. The 5,000mAh built-in battery can last you up to two hours of projection time. If you need to charge it, it has a standard USB-C port so you can attach to an AC outlet or to a powerbank. It has HDMI connection so it can support media-streaming dongles, smartphones, laptops, and gaming consoles. You can even use an HDMI dongle for wireless connectivity.

The MP-CD1 Mobile Projector weighs just 9.9 ounces so you can actually put it into your pocket, but better just stick it in your bag to be safe. It will cost you $399.99 and will be available in spring of 2018. 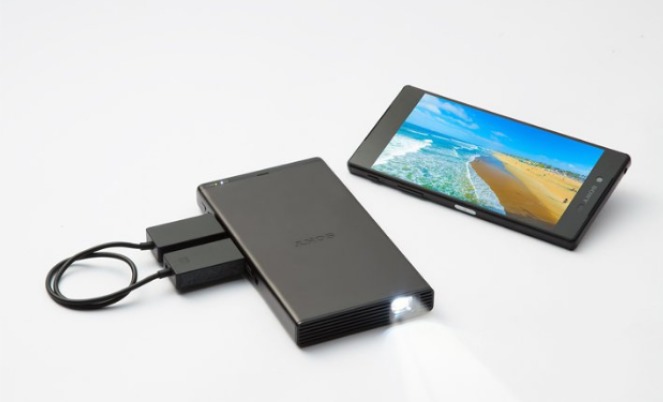