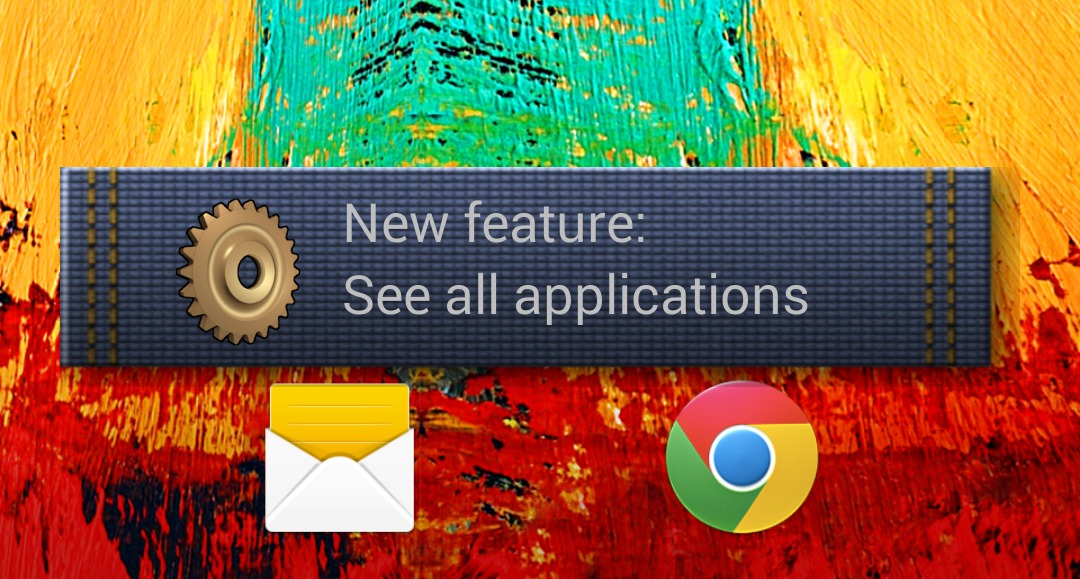 A certain Disney character once said “in every job that must be done, there is an element of fun”, probably the earliest expression of what is now termed “gamification”. Sony has just released an internal research project called EvolutionUI that does exactly that, by incorporating achievements and badges into the process of learning how to use your smartphone.

Be warned. EvolutionUI is very much a work in progress. Even though it’s now available for the public to try, it is quite raw around the edges. I can work on almost any Android device, though it probably works best with Sony Xperia smartphones. The whole premise of the EvolutionUI homescreen is that certain functionality is locked out until a certain number of actions are performed. At the beginning, at least with a Beginner user profile, only 4 app shortcuts are available on the screen and only one homescreen page. More and more features can be uncovered by performing certain actions, which would have the theoretical effect of helping new users learn about and get used to homescreen features without overloading them with all the bells and whistles available.

To give a concrete example, the beginner setup doesn’t show the whole app grid. Users will have to launch an app, any app or even the same app, five times in order receive an achievement and its corresponding reward. In this case, the achievement will allow users to claim a reward that will let them bring up the app grid, and therefore access all installed apps. Now that the apps are visible, users can start adding app shortcuts. Adding 5 such shortcuts to the homescreen unlocks another achievement, which now lets users add more pages to the homescreen. More advanced users need not worry, as the system provides four levels, Beginner, Easy, Medium, and Advanced, that determine which and how many features are locked. The video below explains the features of EvolutionUI in a bit more detail.

Gamification has been a popular and sometimes rather controversial concept that has, unfortunately, sometimes been taken to extremes, which has had the effect of giving gamification a bad name. When done right, it can indeed help beginners get used to a new system, as can be seen in things like games or even social media. Not all situations, however, are suitable for such a system. Getting used to a critical part of the smartphone interface might not exactly lend itself well to such an experience. Instead of entertaining while educating users, it could very well end up annoying them instead. That said, EvolutionOS is still quite young and is more a research endeavor than a final product, so its evolution, no pun intended, is still open for improvement. Those interested in trying it out can download and install the two APKs below. Just be sure you know how to set and revert a diferent default homescreen, in case you want out.