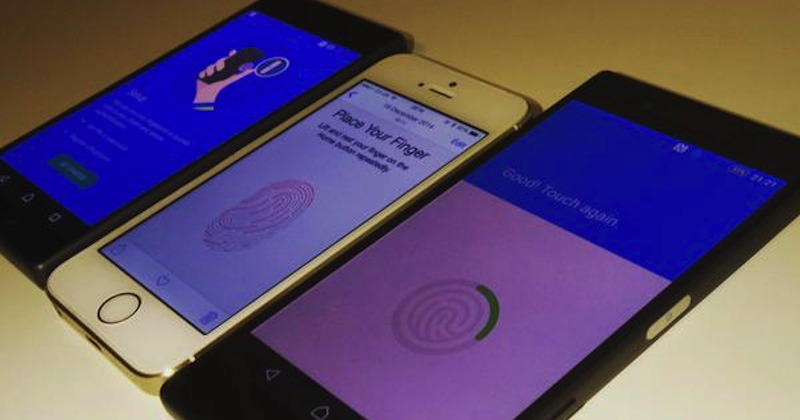 We don’t really depend on tipsters like @ViziLeaks but admit or not, some leaked images and rumors turn out to be true especially if they come from well-known and prolific tech leakers in gadget town. ViziLeaks recently posted on Twitter a photo of the alleged Sony Xperia Z5 and Z5 Compact. The next flagship phone models have been in our minds lately especially since we heard the Sony is working on two new premium phones. We heard the pair will be out before 2015 ends and we’re hopeful the Xperia Z5 will not disappoint and will definitely be better than the Xperia Z3+ aka Xperia Z4 in Japan.

The photo shows two mobile devices placed with an iPhone in the middle. The larger Xperia Z model shows us some fingerprint-scanning reference on the screen. Rumor has it that the Z5 Compact might have a fingerprint scanner but we can’t really tell from the image except for what we see on the screen.

The principle of OmniBalance by Sony is very obvious. The design is still simple, minimilastic and with symmetry and balance. There might be a fingerprint scanner on the right side according to some sources. Notice the wide glass display and the softened corners and edges. They seem to be durable as strengthened by an encasing frame.

The photo above doesn’t reveal enough information but we know Sony is set to launch new flagship premium phones. I guess we’ll just have to wait and see.