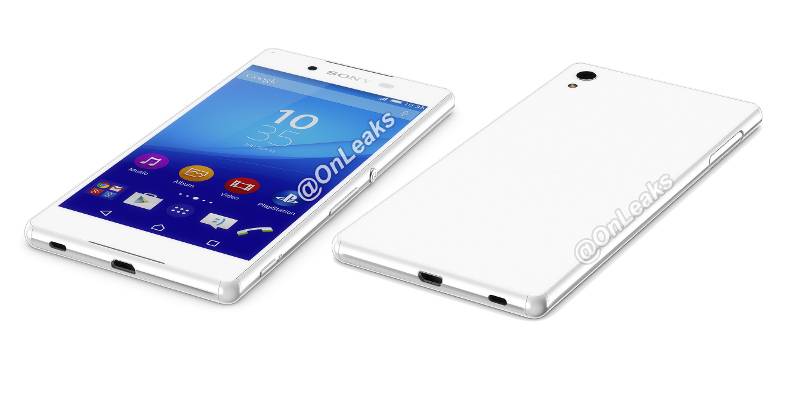 Since Sony, and LG for that matter, didn’t reveal any new flagship at MWC 2015 early this month, the mobile world awaits with bated breath what these manufacturers have in store for us when the time comes. While details on the soon to be Xperia Z4 are still slim, a few 3D renders of what is supposedly the upcoming Sony smartphone have leaked out. Unlike LG’s promise to make the G4 different from its predecessors, the Xperia Z4 doesn’t seem willing to change, whether you like it or not.

Sony isn’t changing its now familiar design and it isn’t the only one who refuses to budge. HTC also diverged very little in its One M9. And that isn’t a bad thing really. The two have already been sporting premium materials and builds ages before Samsung discovered the joys of metal. It also helps in brand recognition, the same way some smartphones are easily identified just by how they look.

That doesn’t mean there aren’t any changes, however. At least, as far as these renders seem to suggest. The most significant seem to revolve around the buttons and slots around the edges. Noticeably missing is the slot on the right side of the device above the power button. This slot was reserved for the microSD card, which implies that the Xperia Z4 would not come with memory expansion options.

Another significant difference is the relocation of the micro USB port, now located at the bottom and wide open. These could raise concerns about the smartphone’s dust and water resistance rating, as it is now no longer protected by a flap. The move of the charging port to the bottom does explain why the left side flap is now considerably smaller, making room only for a micro SIM card and dashing hopes for a relocated microSD card slot. That is, unless Sony employed one of those SIM and SD card combo trays.

Of course, it’s too soon to give complete credence to these leaks, especially as they are just 3D renders and not even prototypes. Other leaked details about the Xperia Z4 include dimensions of 146.3mm x 71.9mm x 7.2mm. The screen is to be a 5.2-inch one though it isn’t known yet if it will be Full or Quad HD. It is expected to run on the beleaguered Qualcomm Snapdragon 810, backed by either 3 or 4 GB of RAM. The Xperia Z4 is expected to be announced sometime between June and September this year.