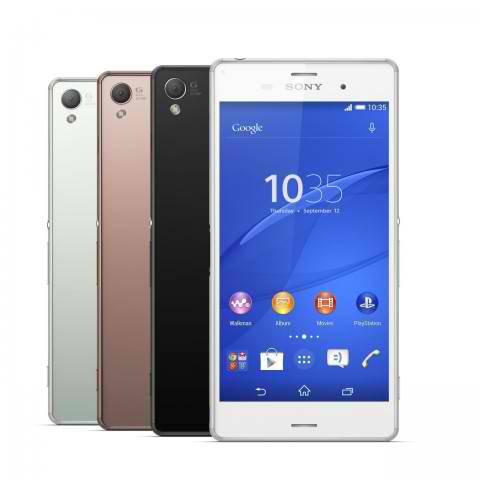 When T-Mobile announced yesterday that they will be carrying Sony’s latest flagship the Xperia Z3 by the end of the year, there was one missing word in their press release: the word “exclusive”. PCMag has now said that they have it on good authority that the new smartphone will also be carried by another US carrier, Verizon, and that it will be rebranded as the Xperia Z3v.

According to documents sent to PCMag (but which they did not publish of course), pictures showed an Xperia Z3 with a Verizon logo at the back, which is how they usually “label” phones that they carry. It also showed a screenshot of the phone with preloaded apps like Amazon Kindle, Amazon Music, and the Amazon Appstore. The document also reportedly showed specs with the smartphone having 3GB of RAM, 32GB of internal storage and a microSD card slot for expansion.

Previously, Sony had a hard time penetrating the US market because local carriers rarely made their phones available and if they did, it would be a few months (sometimes years) after the official release in other regions. So when Sony said that the Xperia Z3 will be coming to T-Mobile by the end of the year, it came as a surprise for most people. If the Verizon rumours are true, it would be another surprise as they have not carried a Sony device since 2011 when they had the Xperia PLAY.

The official announcement of the Xperia Z3 a few days ago has created some excitement for mobile photography enthusiasts as it has the first 12800 ISO sensitivity among smartphones to accompany its 20.7MP main camera. Gamers are also looking forward to trying it out since it has a PS4 Remote Play feature which will let you control and play PS4 games on the Xperia Z3. Let’s wait and see if both T-Mobile and Verizon will be competing to bring the smartphone to their subscribers.