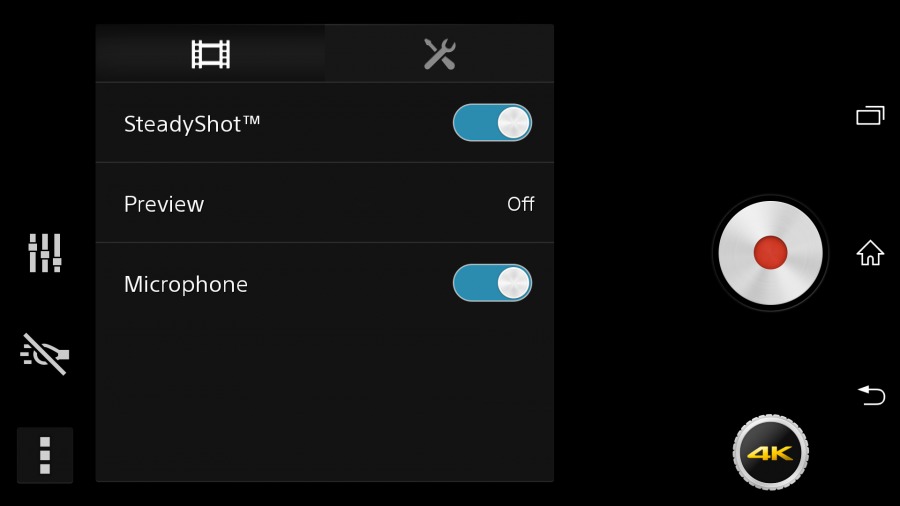 It may just be a few weeks before the expected unveiling, but details of Sony‘s next flagship have almost all been leaked, except for the final name. This batch of screenshots however, give more insight into the Xperia “Sirius”, its current nickname, and its rather impressive photography capabilities.

Like its predecessor, the Xperia Sirius is expected to have a 20.7 megapixel rear camera. But what Sony is able to do with that component is what really matters. Here we get to see some of the camera apps that will be available that might give mobile photography aficionados something to pine for. There is, for example, an app for shooting 4K videos. one for timeshift shots, and another for taking shots with creative effects. There is some expectation that Sony will eventually also roll out these apps to the Xperia Z1 and its kin, but that is yet to be seen.

Even without the 4K resolution video recording, the Xperia Sirius is expected to still trump the current Sony flagship. Shots of the camera app’s settings reveal that the device is capable of shooting Full HD 1080p videos at 60 fps. That’s double the framerate currently supported by the Xperia Z1. A new mode has also been added for making still shots, with a new 15.5MP resolution. The Xperia Z1 is only capable of shooting at 8MP and 20.7MP at the highest.

As for the rest of the specs, the Xperia Z2 Sirius is said to come with a 5.2-inch 1080p screen, a quad-core Qualcomm Snapdragon 800, and 3 GB of RAM. It is isn’t surprising to see Sony flexing its photography muscles in its high-end smartphones to differentiate them from the rest of the crowd, though it makes one wonder at what point do they become more of a camera and less of a smartphone.