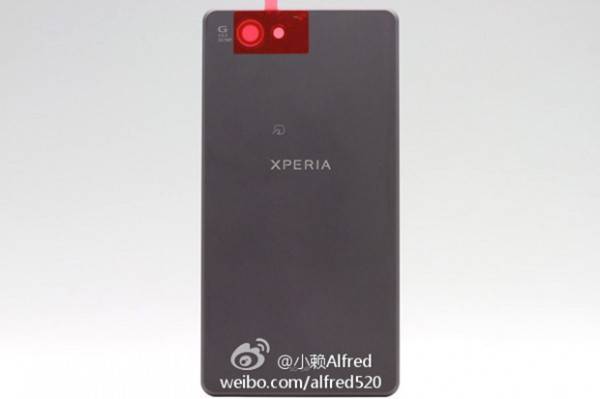 We’ve yet to get the official word from Sony, however that hasn’t stopped images of the Xperia Z2 Compact from showing up online. The pics were recently spotted on Weibo, after having been shared by a user going by the name of alfred520. Perhaps key here, the Xperia Z2 Compact appears to be living up to the name.

Simply put, from what we are seeing here — the Xperia Z2 Compact appears to be a shrunken down version of the Xperia Z2 in terms of looks. It is a bit hard to tell from the images, however the handset appears to have a rubbery exterior. An official nod from Sony, or some other leaked images should be able to offer a bit more in that regard.

For now though, speculation suggests the Xperia Z2 Compact could have a 1080p display, Qualcomm processor and microSD memory card slot. The microSD should support cards up to 128GB in size, and the processor may end up being a Snapdragon 400. But again, we’ll have to wait for further leaks or an official announcement from Sony.

One bit we can see from the images deal with the rear-facing camera — which is the G lens setup. The handset will have a single LED flash along with a 1/2.3 20.7 megapixel lens. This is one of the earlier leaks on the Xperia Z2 Compact, however we do have plenty of Xperia Z2 coverage sitting in the Story Timeline below.