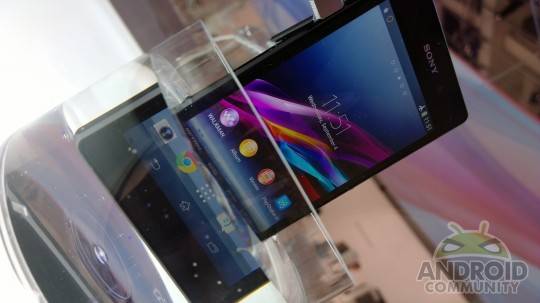 It is quite rare for smartphone manufacturers to officially and directly support procedures that could potentially damage a device, so it is only fitting to applaud those that do, such as Sony with its Xperia phones. Unfortunately, things aren’t so peachy and Sony has confirmed an issue when unlocking the bootloader of the newly announced Xperia Z1.

The Sony Xperia Z1 is barely a month old and, although we briefly got our hands on one, which you can read about here, it isn’t commercially available yet. Neverthereless, it has probably already captured the fancy of many a user, and those that already have their hands on pre-release units are probably itching to take it around for a few spins, including putting a custom ROM on it. Unfortunately, such users might have to hold off for a while as Sony just acknowledged that doing so will render the phone’s camera unusable.

As reported by some users, unlocking the bootloader of the Xperia Z1, which is one step that will allow users to flash a custom ROM, will stop camera functionality. Sony has confirmed this with a big, red warning and has removed the Xperia Z1 in the list of supported devices. 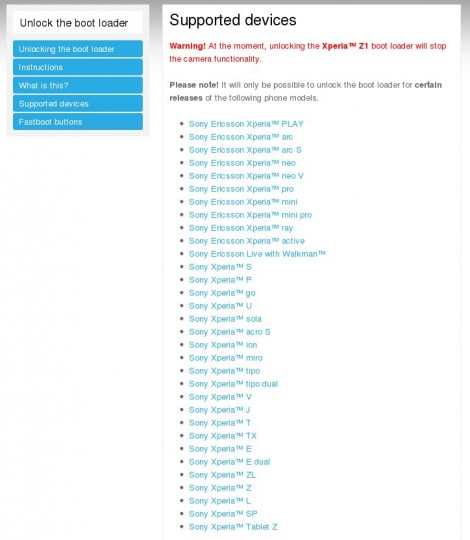 Sony doesn’t give further details about the issue or if and when it plans to fix it. Those who still insist on unlocking the bootloader should make sure to back up the device’s TA partition containing Sony’s DRM keys, and restore it later to lock the bootloader again when you want to have a functional camera again.